Yes, Seriously, It's About Race - People For the American Way
Skip to main content

As with every Wednesday night in most African American churches, pastor and people at the Emanuel African Methodist Episcopal Church, known as "Mother Emanuel," were engaged in prayer, worship and study. The atmosphere no doubt would have been relaxed, with familiar faces sharing, even with the stranger among them, testimonies, laughter, and some words of encouragement. In that atmosphere, in the place where so many throughout history have gone for fellowship, to feel safe, to be vulnerable, where loving "thy neighbor as thyself" and welcoming all who walk through the doors are central themes known even by children, the unimaginable took place.

The stranger, a young white gunman allegedly telling the Black worshipers that "you've raped our women and you are taking over the country," opened fire at that historic church in Charleston, South Carolina, killing nine people, including Rev. Clementa Pinckney, a friend, supporter and member of the African American Ministers Leadership Council's (AAMLC) ecumenical ministerial alliance, which I lead. Yes, this was a ruthless attack on innocent people in 2015, but it is also reminiscent of the attacks on the Black Church in the '60s, the '50s, the post-Reconstruction era. All of these cowards, whether consciously or not, have targeted the Black Church in an effort to intimidate and diminish the power of its presence as a refuge of hope in the African American community.

Many clergy I have spoken with have been up for two nights, praying, calling, sharing, trying to make sense of an act that is honestly difficult to talk about and brings out a flood of deep emotions. In every conversation or prayer is the painful acknowledgement of the role that race played in this crime, something that Americans around the country from all walks of life get. However, stunningly and probably predictably, some right-wing politicians and pundits not only don't seem to get it, but are attempting to distract and confuse others about what was the obvious, real motivation of this massacre. Seriously?

Rick Santorum said the shooting was an example of recent "assaults on religious liberty," a reference to the idea promoted by him and others that policies preventing discrimination against LGBT people are persecuting conservative Christians. Seriously? That comparison between the long and violent history of white supremacy in America and efforts to secure dignity for gay and lesbian people in the public square is worse than offensive. We can argue about public policy all we want, but we all should be able to realize that being targeted by centuries of racist violence at the center of comfort and power in your community is not the same thing as being fined for refusing to bake a cake for a gay couple. This is the kind of "colorblind" analogy that dismisses the very real experiences of Black people in America.

How very sad and not all too shocking to note once again what has become a sad pattern among right-wing commentators. Various conservatives have made similar attempts to play down the racial aspects of the killings of 9 innocent persons, and issue after issue public policies that disproportionately affect African Americans, policies born out of institutionalized efforts to oppress African Americans, are said to be "not about race." Yet, in everything from voting rights to criminal and reproductive justice to housing policies to defunding public education, the common denominator we see is the negative impact policies have on African Americans. It's not hard to see that these laws are strategically aimed at depressing rights and are anything but colorblind coincidences.

A young white man entered an African American place of worship with a loaded gun, sat down in that place for an hour with African American men, women and children, muttered anti-Black racist remarks, shot and killed those persons. Seriously? What about this cannot be viewed as "about race"?

I am thankful for all the Americans of all races who are mourning these senseless killings, angry about the lack of humanity that led to them, and praying for the victims and their families. You don't have to be African American to know this was an assault rooted in a dynamic of American life that too many of our elected leaders would like to ignore or dismiss as ancient history. This is a universal tragedy played out in a very specific American context. To diminish that is to diminish the lived experience of a people whose strength and courage this gunman was trying to take away.

Many are gathering for prayer services even now for the families of those who died for no other reason other than being Black. On Saturday members of AAMLC will join congregations around the country and open their doors for hope, unity and love. The doors will be open to pray yes, and also to register persons to vote and engage in conversations about why Black lives, all lives matter.

Dr. Martin Luther King, Jr. said it best: "I have decided to stick with love. Hate is too great a burden to bear." It is because of love that racial hatred — yes, seriously, what this was about — will not be victorious. I hope and pray that the country will decide "to stick with love" and confront with honest and open hearts the realities we live with and work together to change them. Seriously! 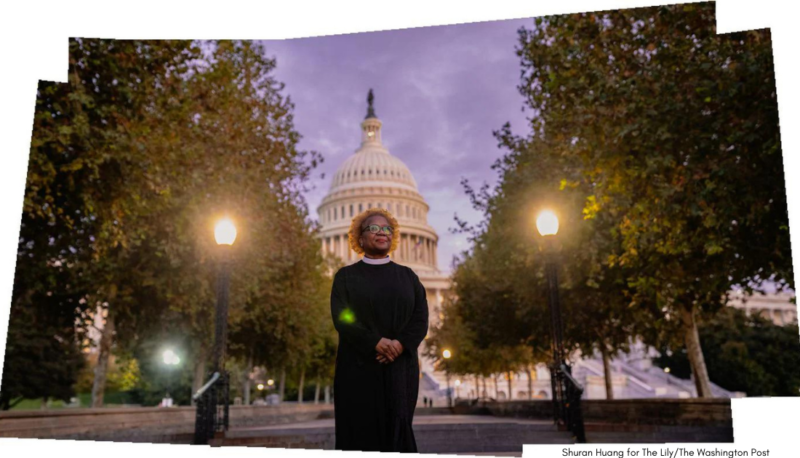 Only A Black Woman: A Faith Leader’s Reflection On The Pending Supreme Court Nomination