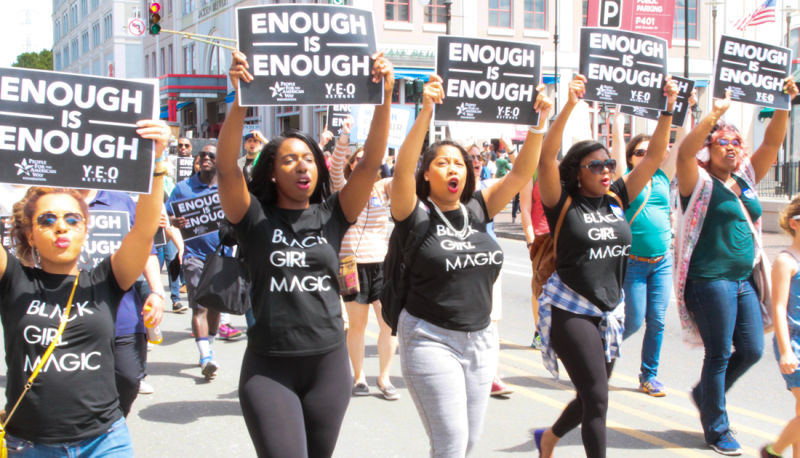 More than 66 young Black elected officials from across the country are calling out Donald Trump, Jeff Sessions, and others at all levels of government for a failure to address police brutality targeted at the black community. The letter, released April 5 by the National Black Caucus of the Young Elected Officials Network (NBC YEO), points to immediate actions that would help end police violence on Black people.

Svante Myrick, mayor of Ithaca and head of People For the American Way Foundation’s YEO Network, highlighted the recent police killings of Saheed Vassell, a mentally ill man who was well known in his community, and Stephon Clark, who was murdered in his own backyard. “This violence won’t stop unless we make it stop, by demanding more accountability and a change in the way we police,” Myrick said.

The NBC YEO letter called for:

These young elected officials are among dozens across the country who are already working on local changes in their own cities, towns, and districts, including:

PFAW Foundation stands with these leaders and activists across the country to sustain Black lives and end all gun violence. You can read the full letter, and listen to a recent call with these elected officials.