In what the Miami Herald is calling the “longest sit-in demonstration in recent memory,” a group of more than sixty young people called the Dream Defenders came to Florida Governor Rick Scott’s office last Tuesday and have not left.

Arriving at the Florida Capitol just a few days after George Zimmerman was acquitted, the group is pushing for a special legislative session to take up a Trayvon Martin Civil Rights Act which would repeal the state’s Stand Your Ground law and address racial profiling, the school-to prison pipeline, and more. Among the many young people in Gov. Scott’s office is Dream Defenders leader Phil Agnew, a 2005 graduate of PFAW Foundation’s Young People For (YP4) leadership development program, as well as eight to ten other current or former YP4 Fellows.

Agnew told the Miami Herald that the work is broader than their specific demands:

“It’s also about a paradigm shift,” Agnew said. “It’s about empowering the next generation.”

PFAW Foundation has been helping support the courageous young people at the Capitol in any way we can, from providing administrative and financial support – including meals – to sending video cameras to help document their experiences.  Young People For Director Joy Lawson highlighted the sit-in in a Huffington Post op-ed and is leading a powerful photo campaign collecting statements of support for the Dream Defenders. 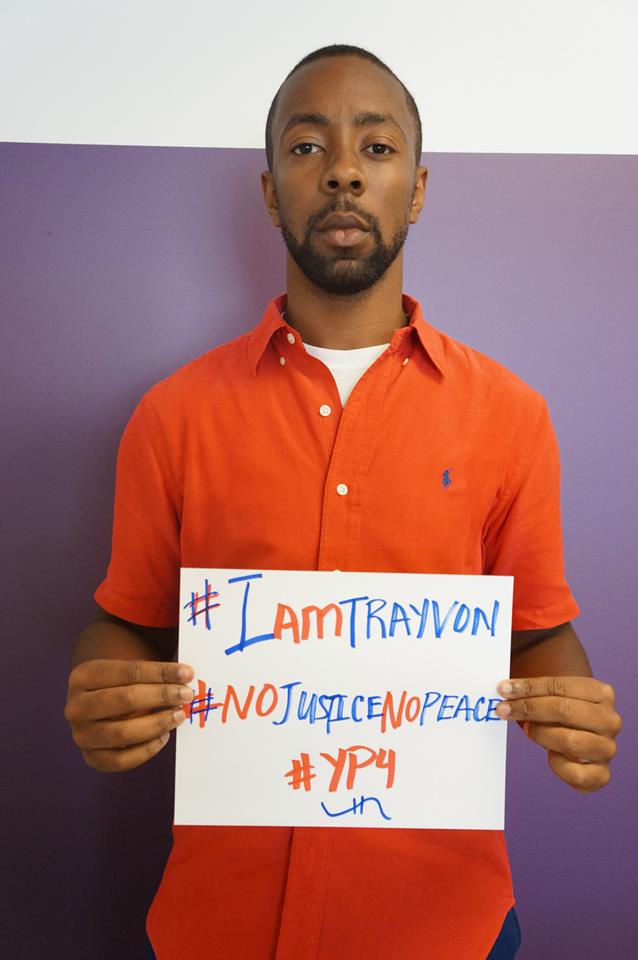 Together, we are showing the Dream Defenders, and the country, that young people are standing with them in this fight.