UPDATE: Following the Senate’s successful 64-32 vote to pass ENDA on 11/07/2013, PFAW and AAMIA sent their support letters to the House. YEO Action, now with 34 members, and YP4 action, now with 51 members and allies, did the same.

Today 32 members of Young Elected Officials Action and 49 members and allies of Young People For Action sent letters to the Senate in strong support of the Employment Non-Discrimination Act.  On Friday, PFAW and African American Ministers in Action also sent letters of support. With the Senate expected to take its first vote on ENDA this evening, these voices of support highlight the growing momentum for workplace fairness.

The Young People For Action letter underscored the overwhelming support for workplace protections among young people:

“…as Millennials, we represent the most diverse and inclusive generation our country has ever seen, and our overwhelming support of workplace protections for sexual orientation and gender identity is no different. Millennials and corporate America are leading the way toward workplace fairness, and Congress needs to act to level the playing field for all.”

“Discrimination is wrong no matter how it manifests itself, however it disguises itself. If we’re going to build the beloved community that Dr. King spoke of, we must be conscious of discrimination, no matter where it rears its ugly head. As African American ministers, we know what it takes to stand up against systemic oppression. It is in solidarity and love that we recognize the plight of others and support this struggle for the same protections.”

The Young Elected Officials Action letter noted that the absence of these protections has a serious effect on real people’s lives:

“These civil rights gaps leave far too many people, including some of our own constituents, vulnerable to workplace discrimination, and the terrifying threat of being unable to financially support themselves and their families.”

And the PFAW letter brings home the idea that ENDA is about basic American values:

“American principles of fairness and equal opportunity should be extended to all in the workplace. Passage of ENDA would be a major step in the right direction…”

All of the letters highlight the troubling fact that many states’ laws leave employees vulnerable to being fired for who they are or who they love.  Now, Congress has a chance to bring federal law in line with the values of the vast majority of Americans who believe that this needs to change.

To add your own name and tell Congress it’s time to pass ENDA, click here. 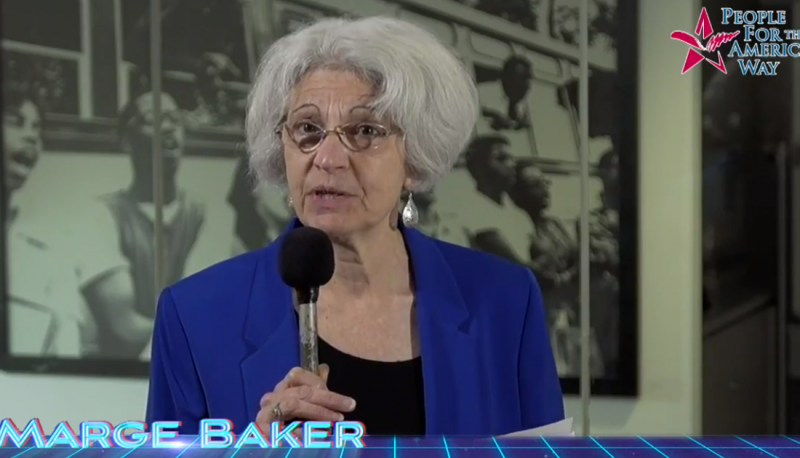 Crash Course: How Does The Supreme Court Nomination Process Work?