Youth Leaders Call on Senators to #DoYourJob on the Supreme Court

Last week young leaders from across the country met with legislators on Capitol Hill to deliver a letter signed by a dozen youth-led and youth-serving organizations demanding that the United States Senate do its job in giving fair consideration to President Obama’s Supreme Court nominee, Chief Judge Merrick Garland. 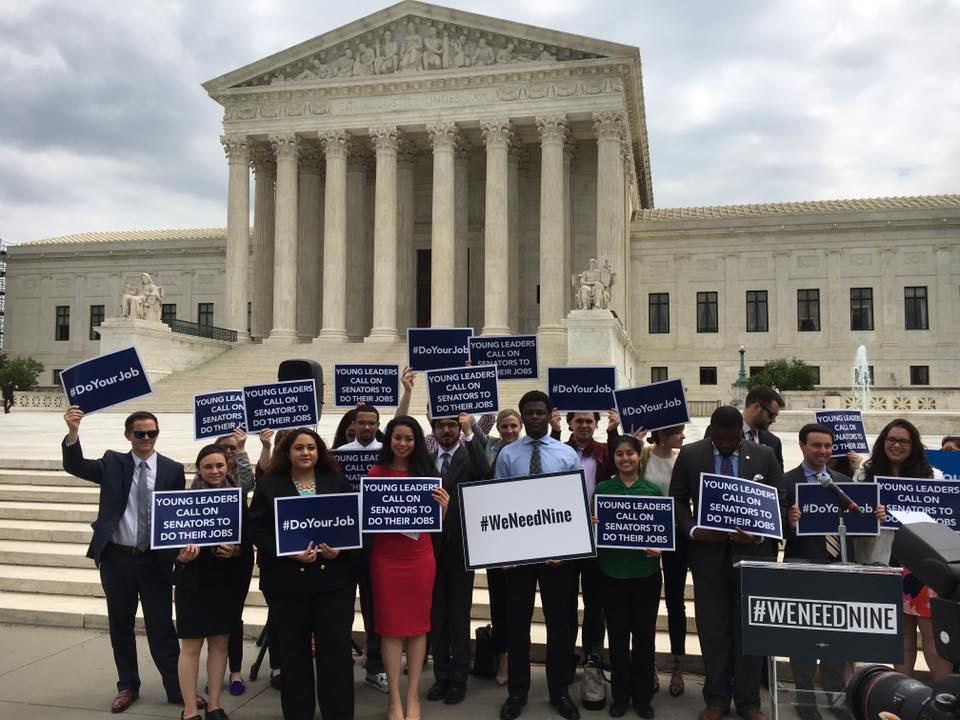 The day began with a press conference in front of the Supreme Court where several youth leaders and members of Congress spoke about the importance of having a fully-functioning Supreme Court. 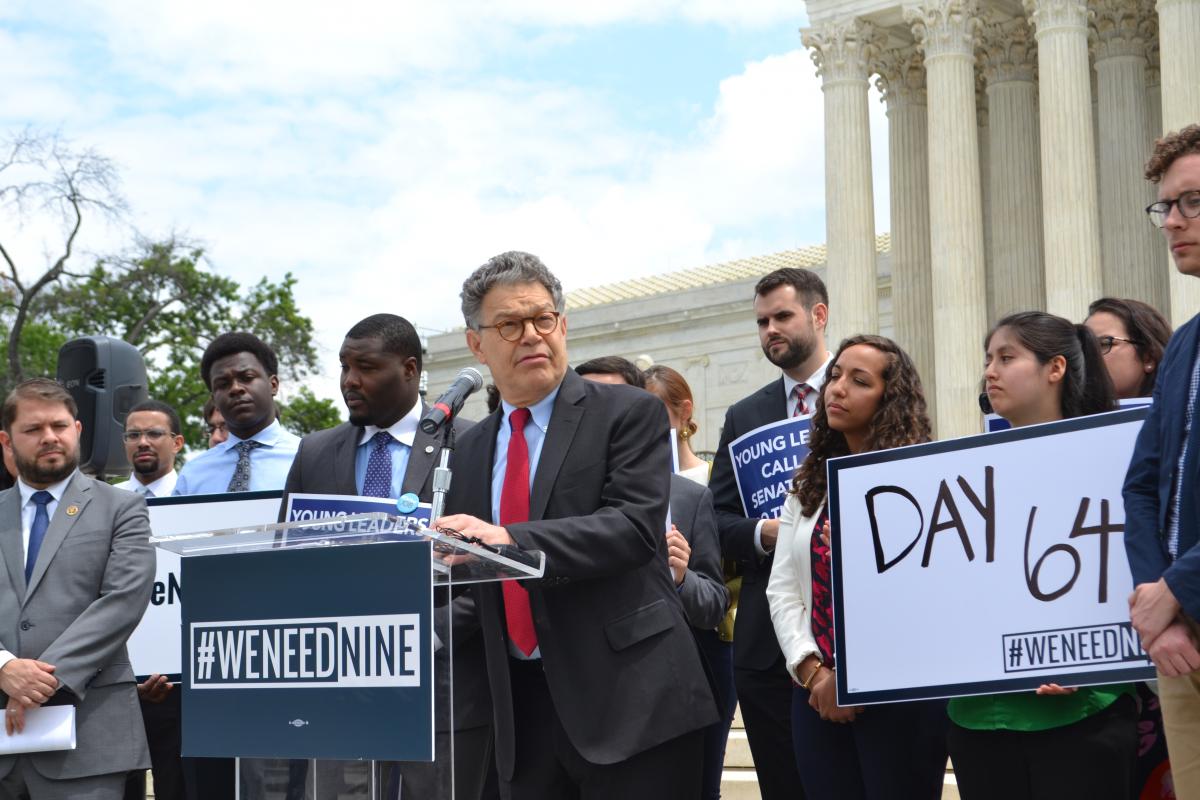 Senator Al Franken from Minnesota, Senator Cory Booker from New Jersey, Representative Linda Sanchez from California, and Representative Ruben Gallego from Arizona all spoke about the obligation of the Senate to hold hearings and a vote for Garland. 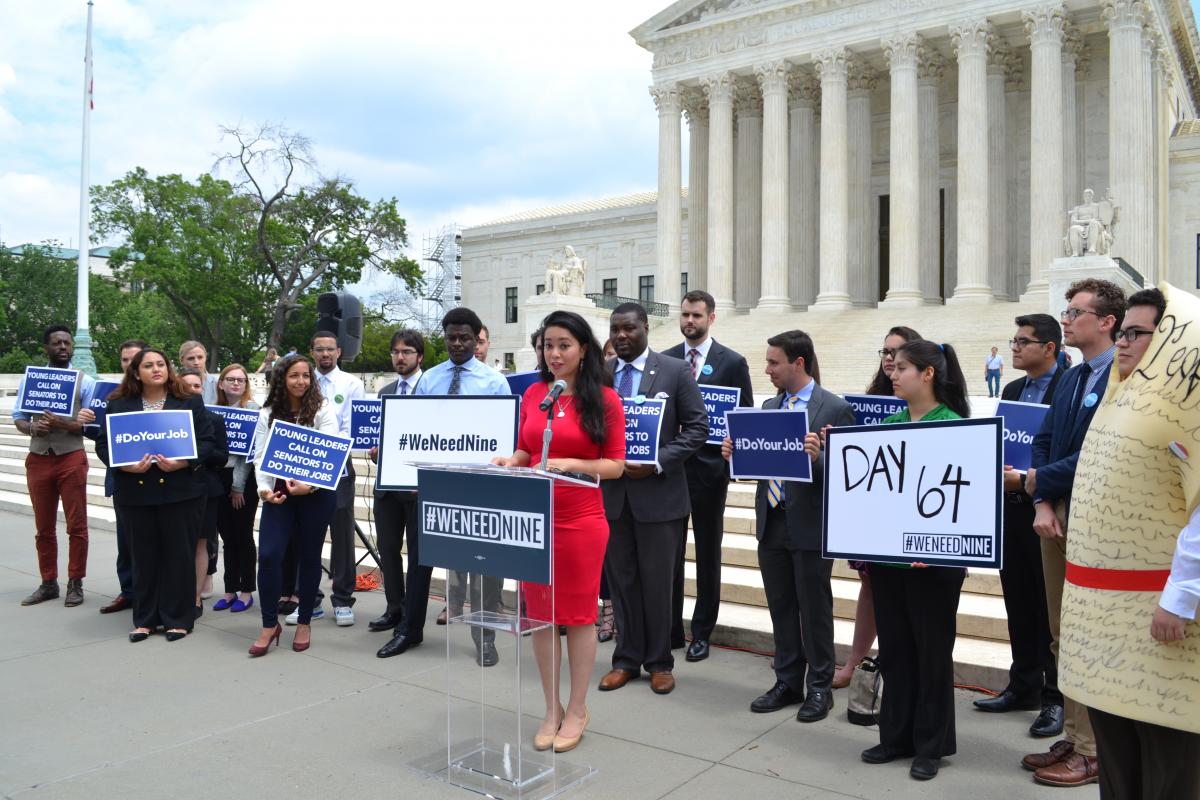 Additionally, several youth representatives shared their perspectives on how filling the vacancy on the Supreme Court is vitally important to many issues that directly affect millions of young people including immigration, reproductive justice, racial justice, and affordable healthcare. 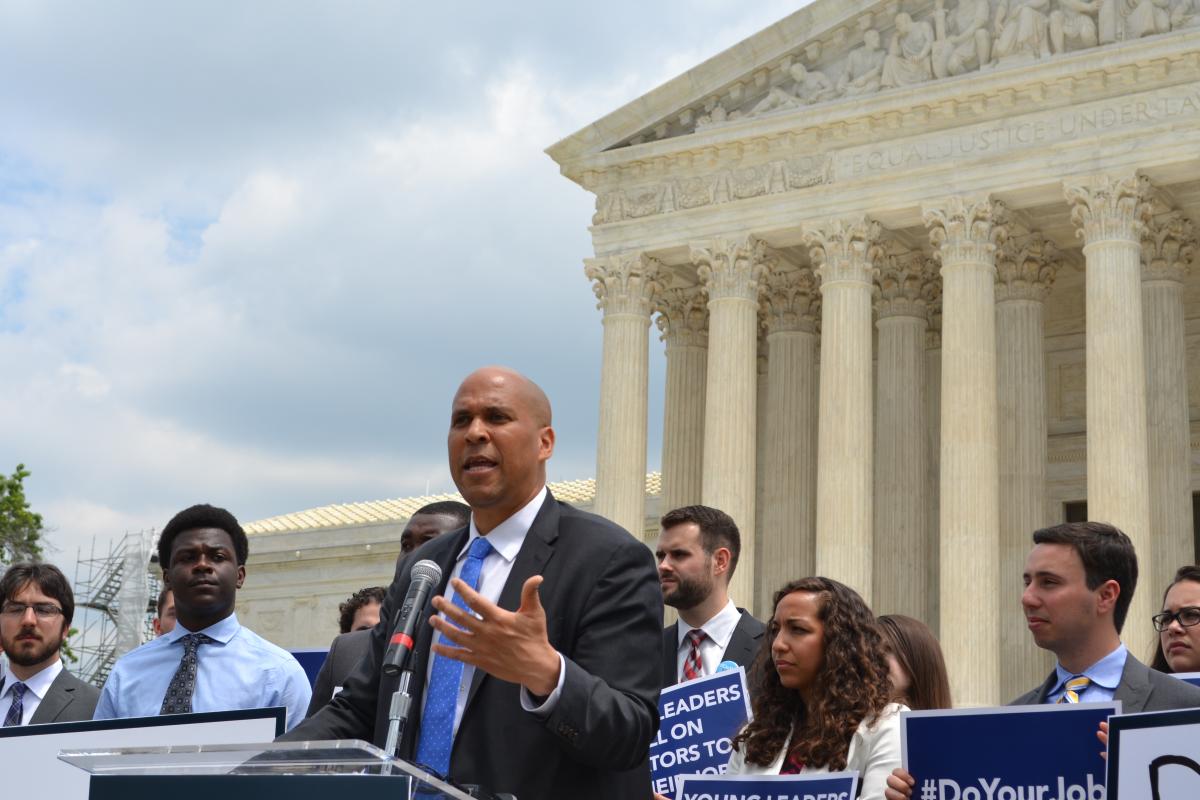 The Constitution clearly states that the president “shall nominate, and by and with the Advice and Consent of the Senate, shall appoint Ambassadors, other public Ministers and Councils, Judges of the supreme Court, and all other Officers of the United States.” If senators truly want to honor the legacy of the late Supreme Court Justice Antonin Scalia they should adhere to the guidelines of the Constitution by scheduling a hearing for Merrick Garland. 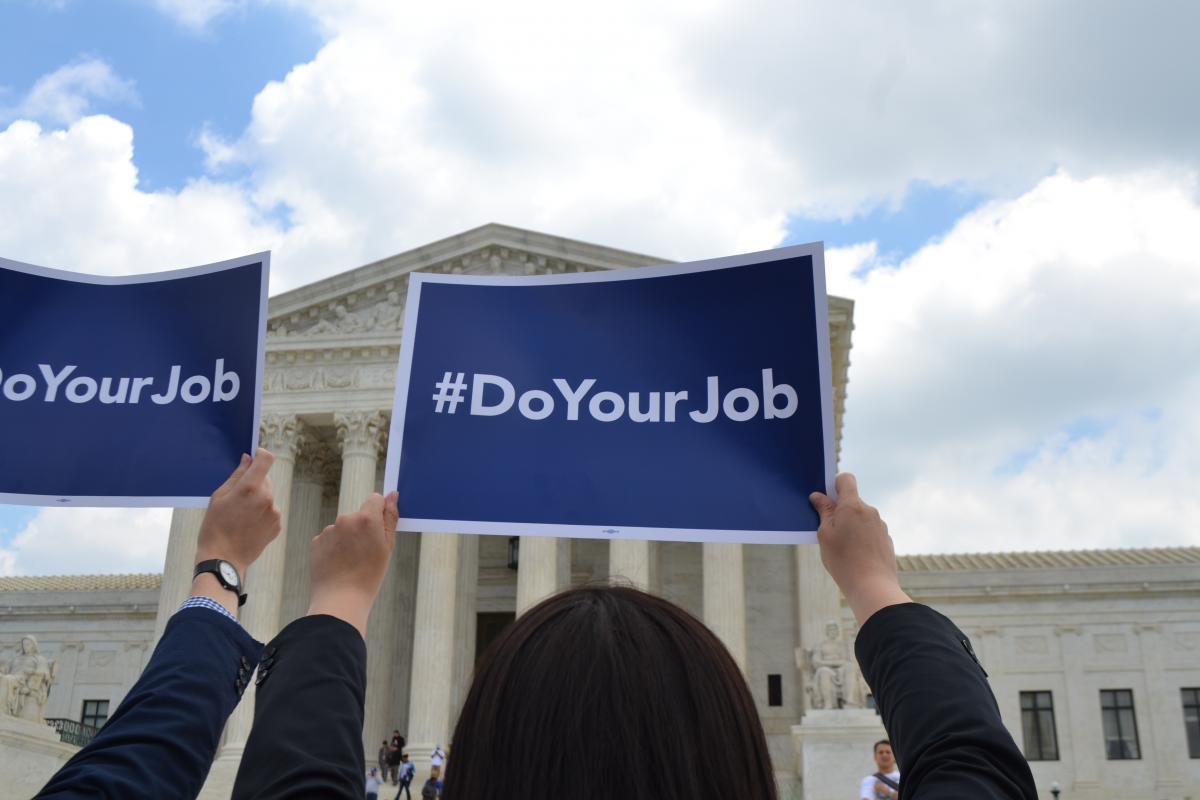