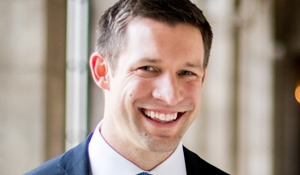 Senator Adam Morfeld is a 5th generation Nebraskan born into a Marine Corps family. The son of a single mother for many years, Adam learned the importance of hard work, dedication, and effective policies that support Nebraskans like his mother. Adam managed a grocery store stockroom for several years and worked part-time for his local newspaper while attending community college. He then worked his way through college and law school at the University of Nebraska-Lincoln. In 2008 Adam founded and is the executive director of a non-profit that employs over 50 staff that works to instill civic leadership skills in young Nebraskans and ensures our democracy is accessible to working Nebraskans, families and seniors. In 2014 Adam was elected to the Nebraska Legislature to represent Northeast Lincoln with 68 percent of the vote. He serves on the Education and Judiciary Committees.