Administrator of the Small Business Administration 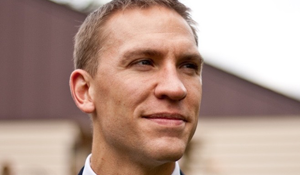 After defeating an incumbent from his own party during the 2010 fall primary, Larson was elected to the Wisconsin State Senate at the age of 29. Larson bravely left the state in February 2011 to stand up for the rights of workers, giving them a voice in the legislative process when the governor was trying to shut them out. He was one of the youngest senate leaders in Wisconsin history. Chris is a leading voice on education issues and has a strong background in finance, progressive messaging, transportation, energy policy, and environmental issues. Previously, Larson was a Milwaukee County board supervisor. He is married with two children. In his downtime, he trains for marathons and is on his way to running one in each of the 50 states.