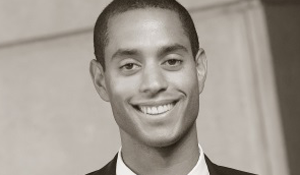 Spencer Thibodeau currently serves on the Portland City Council. His work ethic and desire to serve others led him to major in political science at Fairfield University, where he fell in love with politics. Inspired by Barack Obama’s historic primary campaign, Spencer spent the summer of 2007 organizing volunteers in New Hampshire. This experience yielded an opportunity to spend the summer in Washington, D.C. as an intern for Congresswoman Pingree. Spencer attended law school at Northeastern University School of Law, where he clerked at the Massachusetts Land Court, served as a legal intern at the United States Attorney’s Office for the District of Maine, and worked on environmental issues at the Conservation Law Foundation. After graduating from Northeastern, Spencer returned to Portland, to practice law. Spencer has taken full advantage of the newest “foodie city” and when he is not working, you can find him reading at a local coffee shop, running, or grabbing dinner with friends.