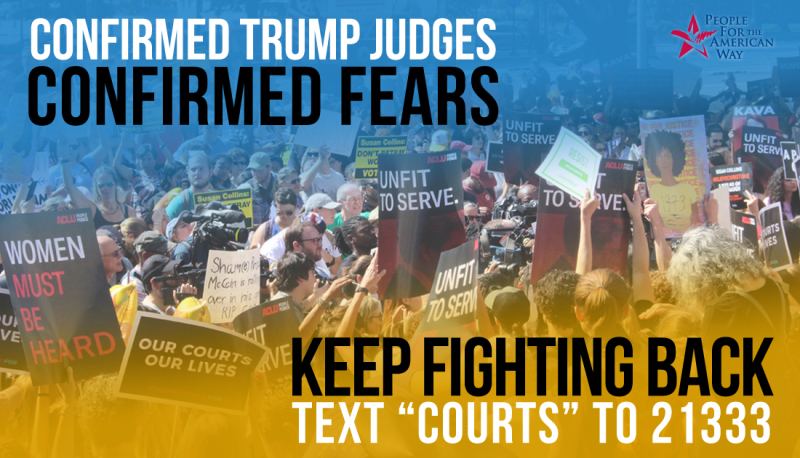 The Supreme Court and lower federal courts have a direct impact on our rights and liberties, but the president is stacking the bench with narrow-minded elitists who serve the interests of corporations, the powerful, and the wealthy our expense.

We can’t afford this extreme right-wing takeover of our courts. These extreme Trump-appointed judges are quickly rolling back the clock on rulings that protect women, people of color, workers, consumers, immigrants, and the LGBTQ+ community. PFAW’s Confirmed Judges Confirmed Fears report analyzes and documents the harmful impact of Trump’s judges on all of our rights and liberties – and we need your help to spread the word about what’s at stake if Trump’s judicial takeover continues.

In this toolkit, you will find resources to help you organize your community to help stop the damage done by these judges who are serving in lifetime seats on our federal courts and to hold senators accountable for their role in confirming these right-wing ideologues to these seats.

By signing the petition, you’ll receive regular updates on the fight for fair-minded judges.

These talking points are helpful to include when discussing Trump-appointed judges with your community: