PFAW’s Next Up Victory Fund—and Young Candidates—Win Big in 2018! - People For the American Way
Skip to main content

From: Michael Keegan, President, People For the American Way
To: Interested Parties
Date: November 7, 2018
Re: PFAW’s Next Up Victory Fund—and Young Candidates—Win Big in 2018!

Launched in 2017, People For the American Way’s Next Up Victory Fund works to help progressive candidates age 40 and under win state and local office.

This year, as voters across the country went to the polls to elect a wave of diverse candidates to the House of Representatives, Next Up candidates running in critical down-ballot races won big—and reshaped their states and communities in the process. In the coming months, these winning candidates will take office and support progressive policies that help their communities thrive; in the coming years, they’ll be the powerful leaders well-positioned to run for higher office.

Near the top of the ticket, Next Up- endorsed candidates won important statewide offices in key battleground states. In Wisconsin, Mandela Barnes was elected Lieutenant Governor, becoming the first African American elected to the seat, and helped his running mate Tony Evers unseat extremist Scott Walker. Also in Wisconsin, Sarah Godlewski was elected State Treasurer; in Colorado, Jena Griswold was elected to the critical Secretary of State Office. 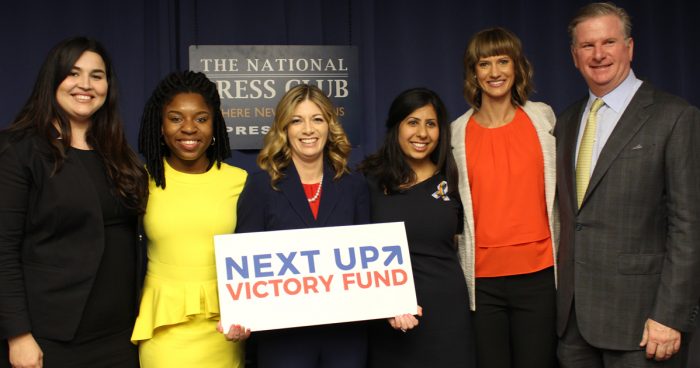 In state houses across the country, Next Up candidates won critical races that helped Democrats take back important chambers and break up Republican supermajorities. Overall, candidates endorsed by Next Up Victory Fund flipped at least 33 seats that had previously been held by Republicans.

In Minnesota, Next Up candidates Alice Mann, Heather Edelson and Anne Claflin all won Republican seats, helping the Democratic–Farmer–Labor Party take control of the chamber. In New York, two Next Up candidates—Andrew Gounardes and Kevin Thomas—won Republican State Senate seats, while three others—Zellnor Myrie, Alessandra Biaggi, Jessica Ramos—defeated members of the so-called Independent Democratic Conference, which had helped Republicans control the chamber in the past years. In New Hampshire, where Democrats won control of both the House and Senate, Next Up helped candidate Safiya Wazir become the first refugee ever elected to the New Hampshire legislature. 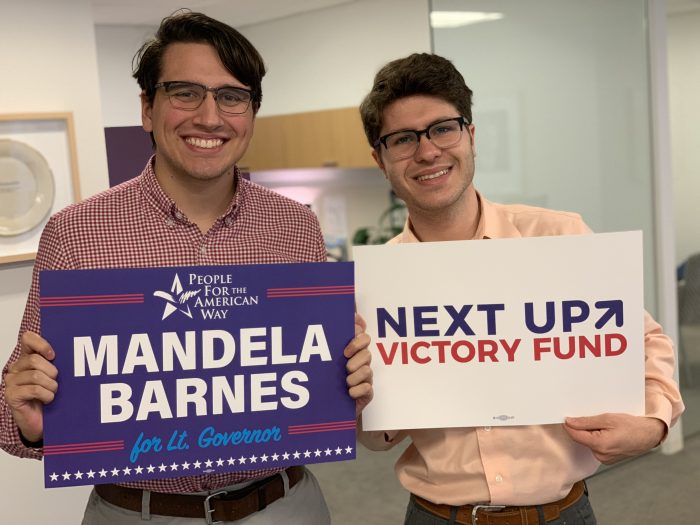 In North Carolina, Democrats ended Republican supermajorities in both chambers. They were aided by Next Up endorsee Mujtaba Mohammed, who won a seat in the state house, and Sydey Batch, who managed to flip a seat previously controlled by Republicans just a few months after she was diagnosed with breast cancer.

In other states, Next Up candidates won a host of other state legislative seats previously held by Republicans. In Florida, endorsees Jennifer Webb, Cindy Polo, and Fentrice Driskell (who happens to be the first Black woman ever elected as Harvard’s student body president), won GOP held seats in the House, as did Anna Eskamani, who was featured over the summer at a PFAW’s Next Up event at the National Press Club highlighting women running for office that were inspired by the #MeToo movement. Eskamani, a daughter of immigrants, became the first Iranian-American state lawmaker. Another candidate featured at the #MeToo event, Katie Muth, won a Republican held State Senate seat in Pennsylvania with the help of PFAW staff and volunteers who canvassed the district with her. Two other Next Up candidates, Jennifer O’Mara and Liz Hanbidge, also flipped seats in the state’s House of Representatives, and candidates Summer Lee and Sara Innamorato both held Democratic seats after defeating conservative, anti-choice Democratic incumbents. 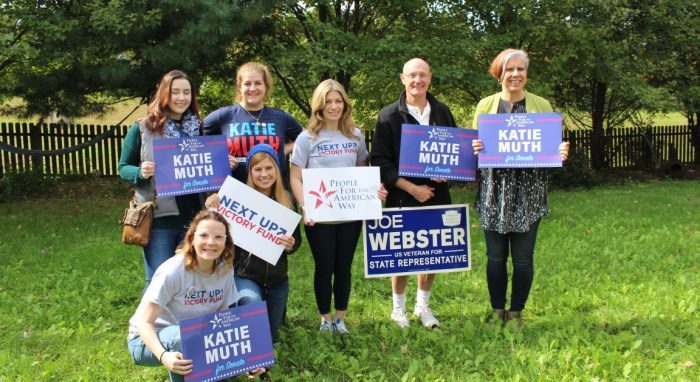 In Texas, James Talarico, John Bucy, and Erin Zwiener won House seats with Next Up support, and in Maine Chloe Maxmin won a state House district Donald Trump had carried by more than 14 points And in Michigan, Laurie Pohutsky won a seat in a district that had supported Donald Trump by more than seven points, while Matt Koleszar defeated a Republican incumbent in another Michigan district that had narrowly gone for Hillary Clinton.

In Connecticut, Next Up candidate Will Haskell will become the chamber’s youngest member after he defeated a popular Republican opponent in a seat held by Republicans have held since the 1970s. In a district Trump carried by more than 12 points in West Virginia, Sammi Brown defeated her opponent, who had made a name for herself by leading an organization running racially inflammatory radio ads during the Kavanaugh confirmation hearing.

But even those numbers don’t capture the character of the wins Next Up helped achieve. In Alexandria Virginia, Canek Aguirre will be the first Latino ever on the City Council, while Mo Seifeldein will become the first immigrant. Newly-elected Providence, Rhode Island city council member Kat Kerwin, 21, is the youngest person ever elected to the council in the city’s history. And in Michigan, Alex Garza, 24, will become the youngest Latino to serve in the state legislature, taking that title from Darrin Camilleri, who was also reelected in another district with Next Up support. Selena Torres, 22, was elected to the Nevada State House and Ben Ku was elected to the Gwinnett County Commission, which hasn’t had a Democratic member since 1986. Next Up also helped re-elect Sam Park, the first openly gay man in the Georgia state legislature, Tiffany Zulkosky, the only indigenous woman currently serving in the Alaska Legislature, and Yvanna Cancela, the first Latina to serve in the Nevada Senate. Next Up also endorsed a number of in races that are currently too close to call including Brianna Titone, who would be Colorado’s first transgender legislator.

If progressives want to win at the federal level, we need to build a movement from the grassroots up. The Next Up Victory Fund is proud to support candidates who will be effective progressive leaders at the state and local level right now—and powerful national leaders in the years to come.