Lasting Change: Courting The Courts By Faith - People For the American Way
Skip to main content 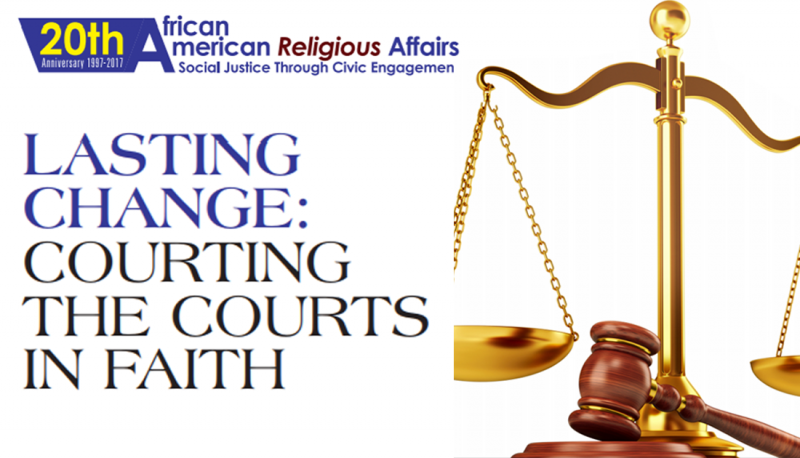 “Lasting Change: Courting The Courts By Faith” is a resource that focuses on the federal courts as we remain mindful of the suppressive attacks taking place against our civil rights. It connects the dots of our democracy, highlighting that those elected to represent your state in the U.S. Senate can influence a presidential nomination from their state for a lifetime appointment on the federal courts and vote on the confirmation of all those nominated to render decisions that will impact generations to come.

Use this document to help facilitate your advocacy for fair courts through strategic communication, action, and prayer. The African American Ministers Leadership Council (AAMLC) believes education about the importance of the courts will complement the civic engagement work that members of the network do each year from January to December.

1954 – Brown v. Board of Education of Topeka, KS: Separate public schools for black and white students to be unconstitutional

1978 – Regents of the University of California v. Bakke: Upheld affirmative action, allowing race to be one of several factors in college admission policy