Activists Deliver 12,089 Petitions Calling on Senator Ayotte to Support Constitutional Amendment to Get Big Money Out of Politics - People For the American Way
Skip to main content

Activists Deliver 12,089 Petitions Calling on Senator Ayotte to Support Constitutional Amendment to Get Big Money Out of Politics

Contact: Lindsay Jakows at People For the American Way

Today local activists delivered 12,089 petitions to Sen. Kelly Ayotte in support of a constitutional amendment to overturn decisions like Citizens United v. FEC and get big money out of politics. The local leaders urged Sen. Ayotte to listen to the voices of her constituents and become a cosponsor of the Democracy For All Amendment, a proposed constitutional amendment that would restore lawmakers’ ability to set reasonable limits on money in elections. The petitions were collected by national organizations including People For the American Way, Daily Kos, MoveOn.org, CREDO Action, and People Demanding Action and signed by residents of New Hampshire. 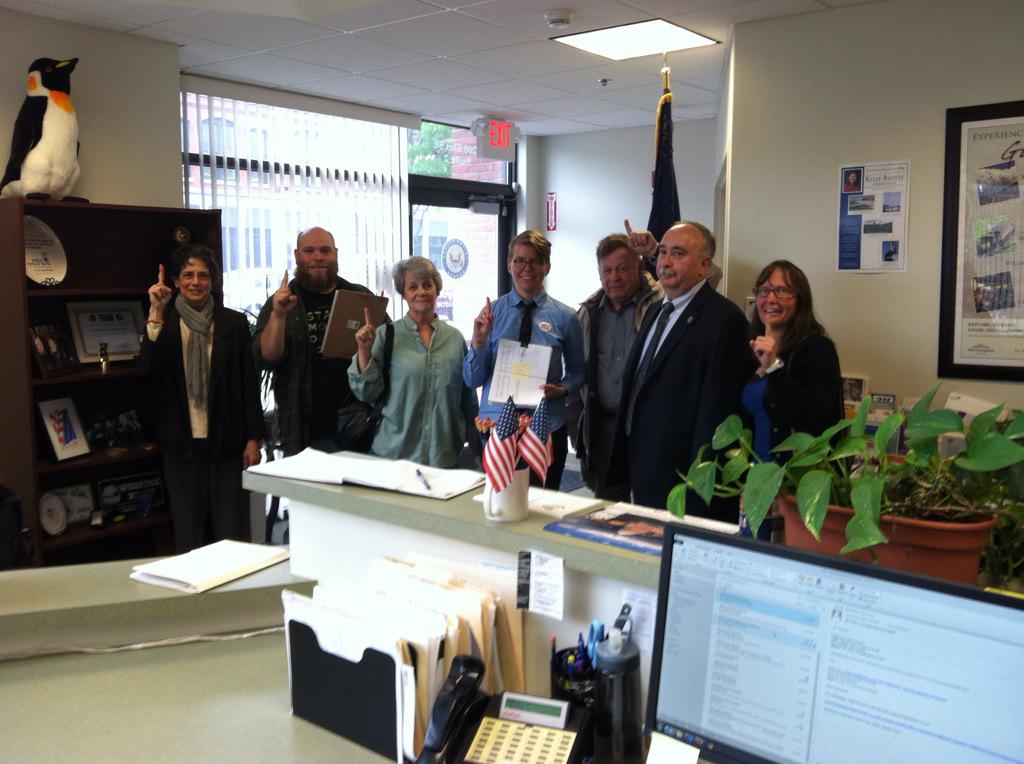 “The voice of the individual voter without a million dollar megaphone is being drowned out by the super PACs. That’s not the kind of democracy that people in New Hampshire want to see,” said Madbury activist Nancy Pape, who helped lead the petition delivery.

With the money chase for the 2016 elections already in full swing, local activists believe it is more important than ever for our elected officials to take a stand to make sure that all voices are heard in our political system, not just the voices of the rich and powerful.