With the Obama administration well into its sixth year, GOP obstruction remains unabated. Although changes to Senate rules now allow the majority to cut off debate and allow executive branch nominees as well as most judicial nominees an up or down vote, Republicans can still slow the process by forcing time-consuming cloture votes and demanding significant “post-cloture debate” on each of the dozens of nominees who require confirmation.

So far, 50 of President Obama’s executive branch nominees have been subjected to cloture votes, while over his entire presidency only seven of President Bush’s nominees faced the same. At this rate, GOP senators are on track to force cloture votes on 72 nominees from the Obama White House. 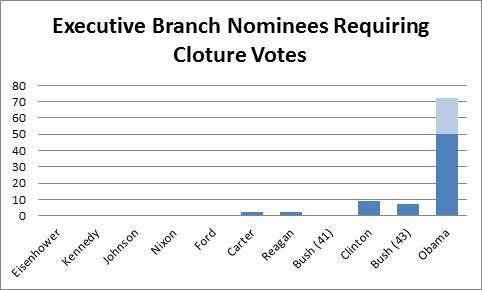 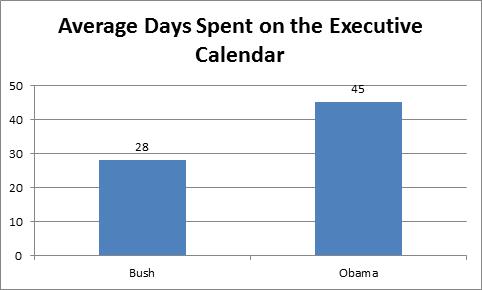 Longer wait times have in turn created a significant backlog of nominees in line for a vote by the full Senate, including key positions at the Environmental Protection Agency, the Inter-American Development Bank, the Legal Services Corporation, NASA, the Social Security Advisory Board and the Departments of Commerce, Defense, Justice, Education, Energy, Health and Human Services, Housing and Urban Development, Interior, State, and Veterans Affairs. Notably, 30 individuals nominated to represent the United States in nations ranging from Argentina to Vietnam are also being delayed.

Currently 152 of President Obama’s nominees are waiting to be confirmed. When Congress departed for August recess during the same year of President Bush’s administration, that number was 21. 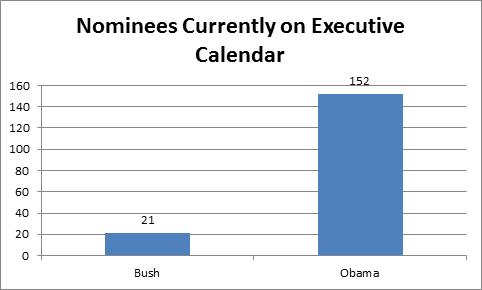 GOP obstruction is taking its toll on executive branch nominees put forth by the Obama administration, but more importantly, it’s taking a toll on the lives of ordinary Americans who depend on a functioning government to represent and defend their interests.