Edit Memo: Judicial Confirmations Under Bush and Obama — By the Numbers - People For the American Way
Skip to main content

Edit Memo: Judicial Confirmations Under Bush and Obama — By the Numbers

To: Interested Parties
From: Marge Baker, Executive Vice President, People For the American Way
Date: April 11, 2014
Re: Judicial Confirmations Under Bush and Obama — By the Numbers

In recent days, Republicans have made much over the fact that President Obama has had more judicial nominees confirmed than George W. Bush did in his term. That’s unquestionably true, but taken alone, that factoid conceals more than it illuminates about the GOP's unprecedented campaign to obstruct the confirmation of President Obama's judges. 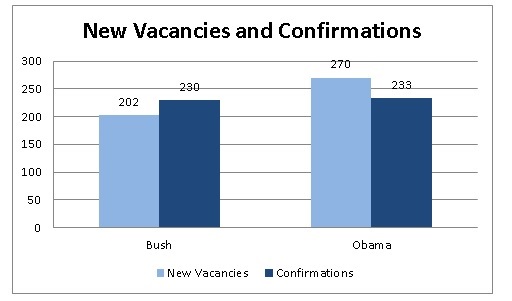 In order to fill those vacancies, President Obama has faced unprecedented obstruction of his nominees, including a record number of filibusters. In fact, more of his nominees to the lower federal courts have been subjected to cloture votes (35) than the nominees of every previous president, combined. 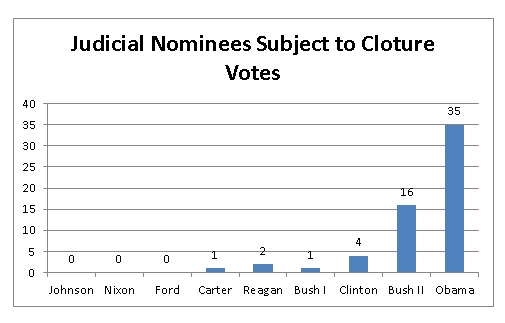 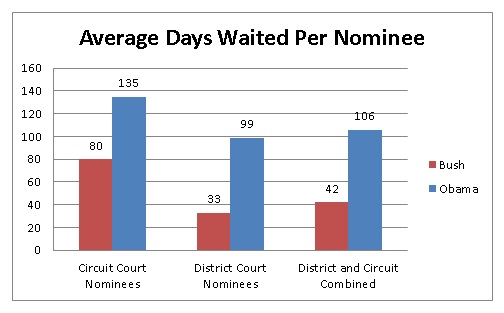 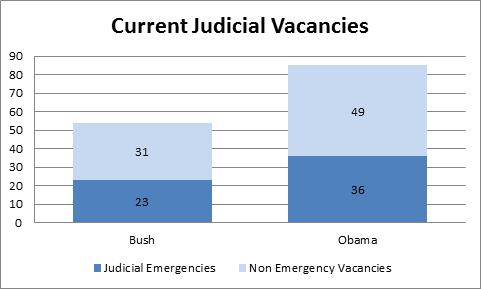 Currently, 31 nominations have cleared the Judiciary Committee and are pending before the Senate, including 14 nominees who would fill seats designated as judicial emergencies. There's no reason for any of these nominations to be delayed, and confirming all of them would bring the vacancy rate roughly in line with the rate we saw eight years ago.

If Republicans are interested in treating President Obama now as President Bush was treated then, they should move quickly to confirm all the nominees currently pending on the Senate floor.