WASHINGTON – Today the Senate Judiciary Committee is holding a hearing on a proposed constitutional amendment to restore the ability of Congress and the states to regulate the raising and spending of money in elections, an ability that was gutted by Supreme Court decisions like Citizens United v. FEC and McCutcheon v. FEC. This morning People For the American Way and ally organizations delivered more than two million petitions, signed by Americans from every state, in support of such an amendment. 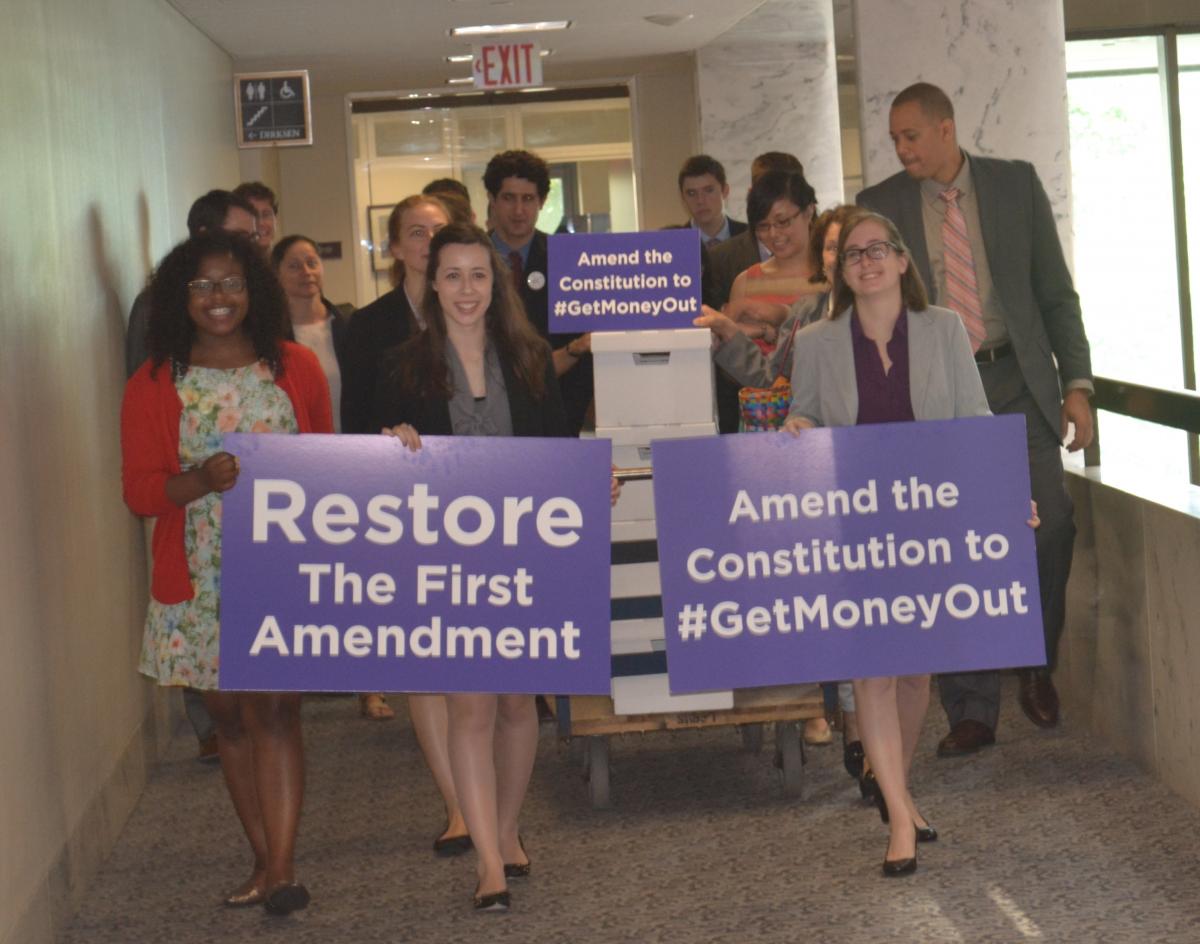 “Today’s hearing shows that some of our elected leaders are really listening to the American people’s call for money in politics reform. More than nine in ten voters think it’s important for elected officials to work to lessen money’s influence on our democratic system. Voters want a democracy where the voices of everyday Americans matter, not just the voices of the super-rich.

“A constitutional amendment is only warranted in rare circumstances, but in the wake of Supreme Court decisions like Citizens United and McCutcheon that have undermined the basic functioning of our democracy, the American people must act to restore it. Today two million Americans have a message, loud and clear, for Congress: we want our democracy back.” 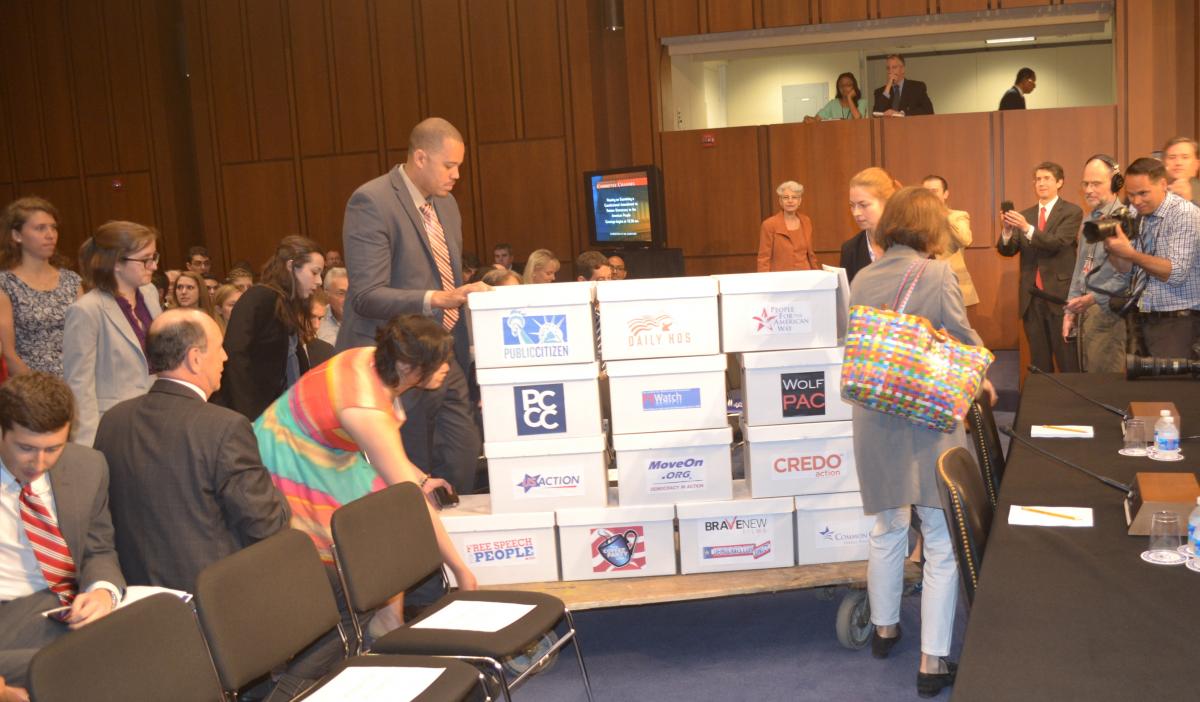 On Monday, People For the American Way released an edit memo on how SJ Res.19 would restore the First Amendment and strengthen our democracy. PFAW also submitted testimony for the Senate Judiciary Committee hearing and joined close to 50 ally organizations in a letter urging senators to support SJ Res. 19.

Executive vice president Marge Baker is available for interviews with the press. To arrange an interview or for additional photos of the petition drop, please contact Layne Amerikaner at media@pfaw.org / 202-467-4999.