PFAW and Allies Rally, Deliver 3 Million Petitions in Support of Amendment to Get Big Money Out of Politics - People For the American Way
Skip to main content

PFAW and Allies Rally, Deliver 3 Million Petitions in Support of Amendment to Get Big Money Out of Politics

WASHINGTON — This afternoon People For the American Way (PFAW) joined partner organizations, Senators, and Representatives in a rally outside the U.S. Capitol in support of the Democracy For All Amendment to overturn decisions like Citizens United and get big money out of politics. As the Senate begins debating the amendment, PFAW and ally organizations teamed up to deliver more than three million petitions in support of an amendment — up from two million just months ago. 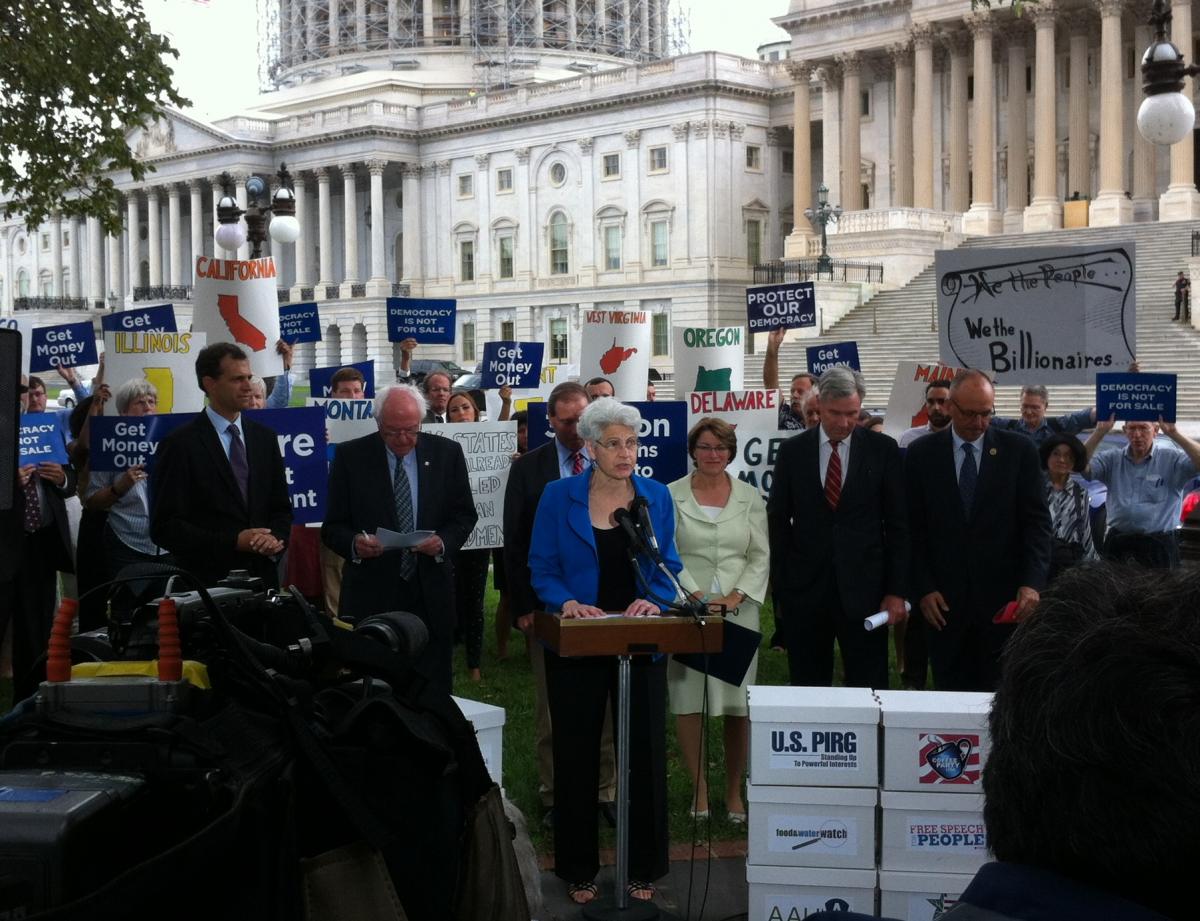 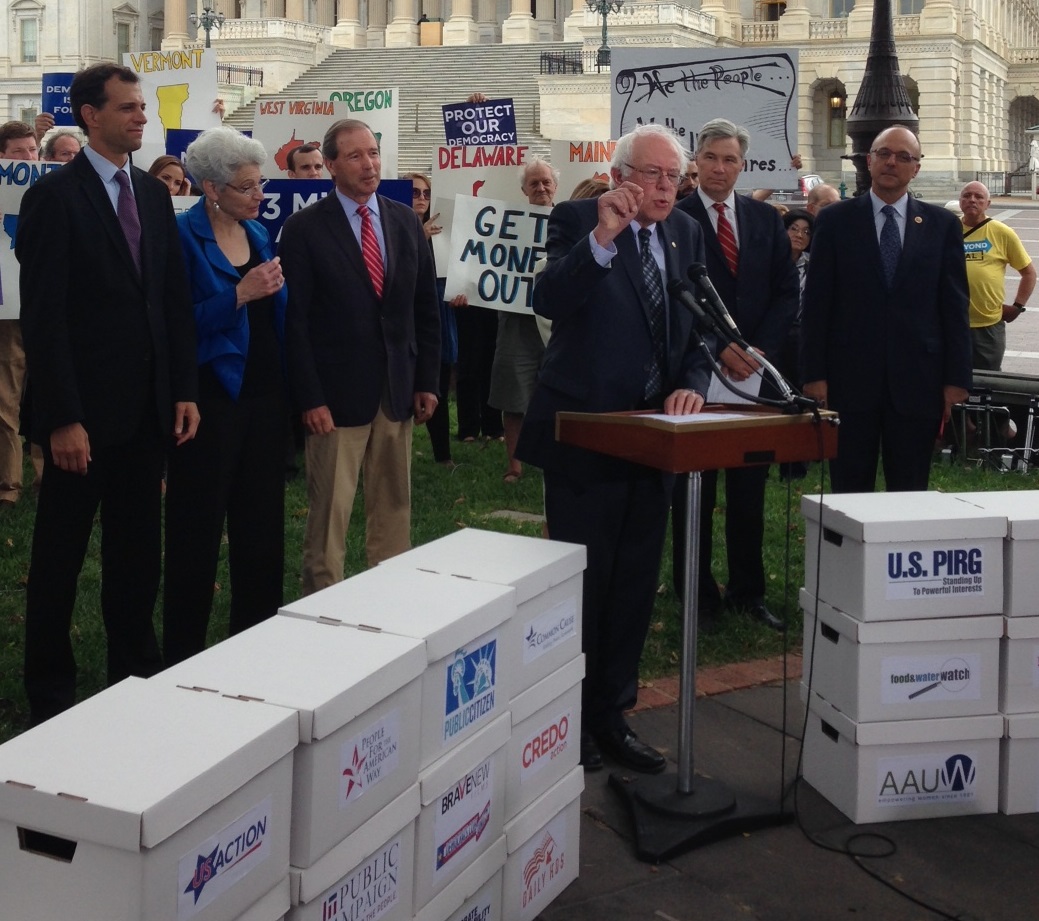 At the rally, PFAW Executive Vice President Marge Baker said, “Today, more money than ever is flooding our democracy. But something else is also happening: everyday Americans are fighting back. Americans are no longer willing to settle for elections auctioned to the highest bidders.”

The massive number of petitions delivered is just one of many indicators of the broad support for an amendment to get big money out of politics. Sixteen states, more than 550 cities and towns, and public figures including former Supreme Court Justice John Paul Stevens and President Barack Obama have already voiced support for an amendment. Recent polling found that nearly three in four voters (73 percent) favor it. 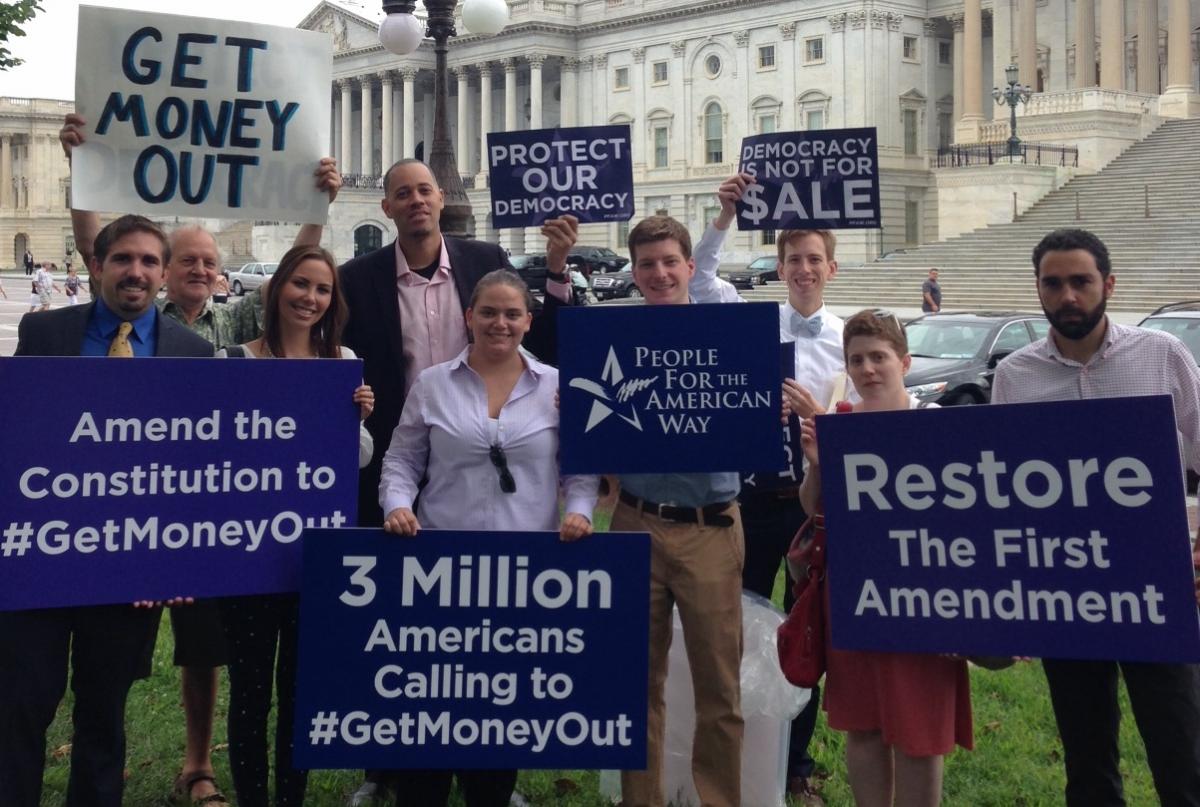 In June, People For the American Way submitted testimony to the Senate Judiciary Committee in support of the proposed amendment and released an edit memo outlining how the amendment would restore the First Amendment and strengthen our democracy.

PFAW Executive Vice President Marge Baker is available for interviews with the press. To arrange an interview, please contact Layne Amerikaner at media@pfaw.org / 202-467-4999. For more information on PFAW’s Government By the People work, click here.