PFAW Members Join Zombie Walk to Highlight How Sen. McConnell is a “Zombie” for Big Money in Elections

LOUISVILLE, KY — On Friday night, hundreds of People For the American Way (PFAW) members and other local activists joined the world’s largest annual Zombie Walk dressed as “Zombie McConnells” to highlight Sen. Mitch McConnell’s zombie-like support of big money in politics. Activists marched with Mitch McConnell masks and signs including “Mitch McConnell is a zombie for big money in our elections” and “Need… more… brains money!” 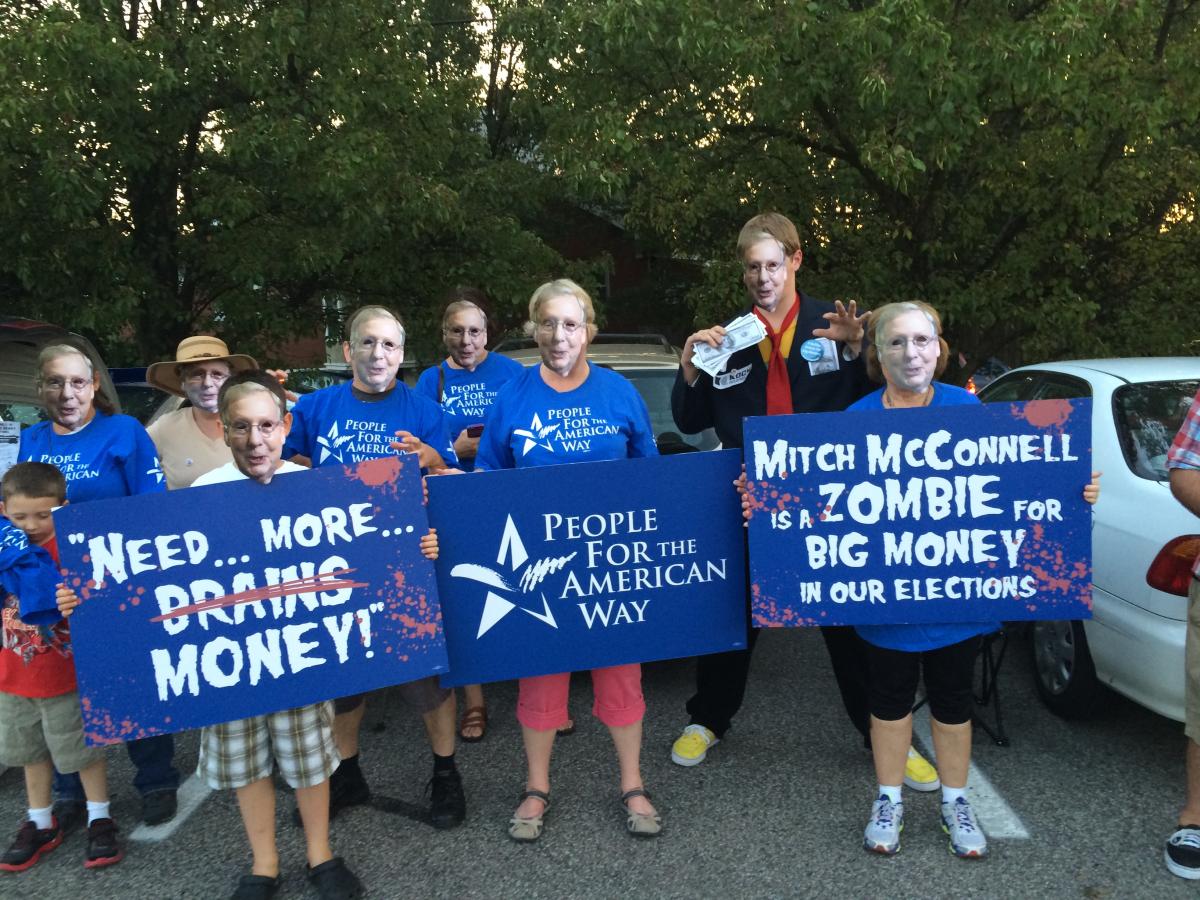 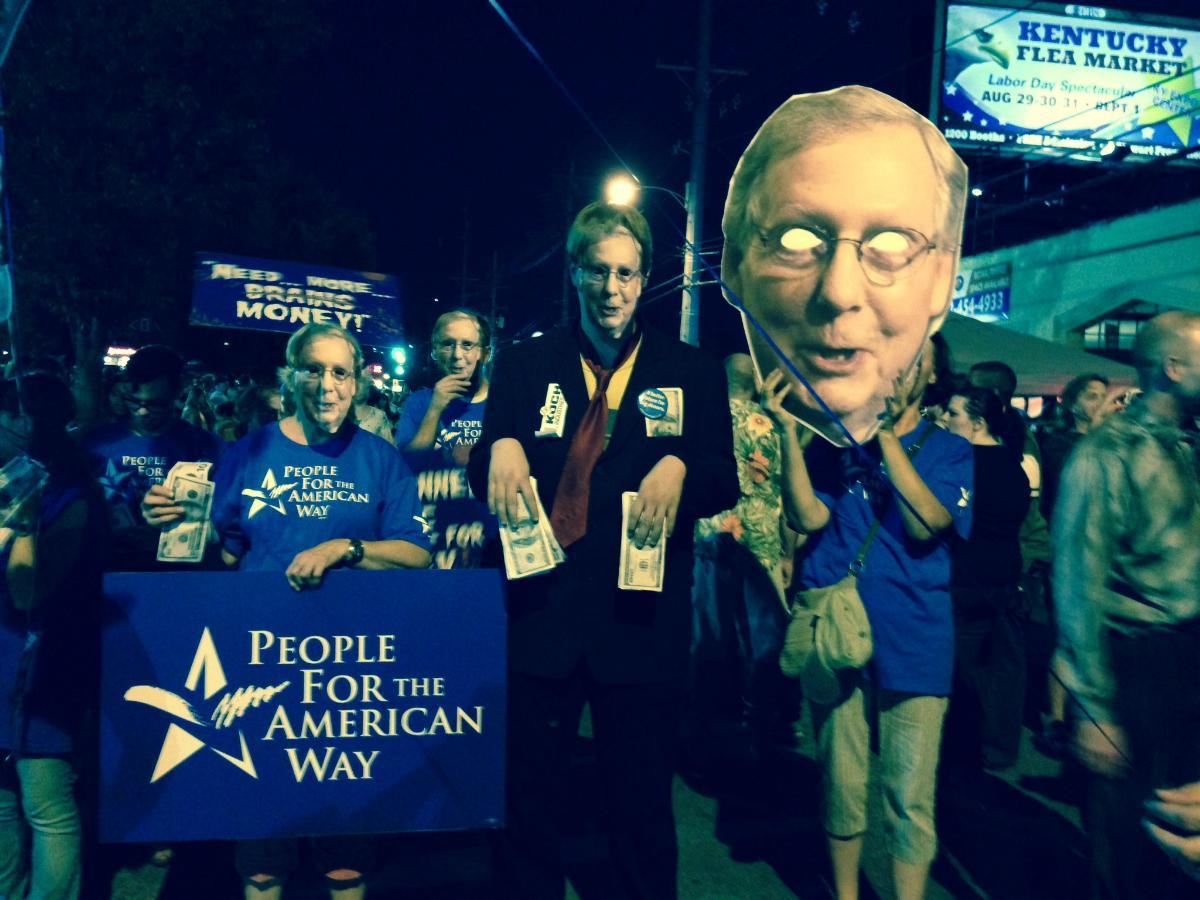 Sen. McConnell is a leading voice against efforts to get big money out of politics. He has fought against a proposed constitutional amendment to overturn decisions like Citizens United that will be voted on in the Senate on September 8 and that nearly three in four voters support. Last week, The Nation published a leaked recording of Sen. McConnell pandering to major conservative donors at a secret Koch brothers’ meeting.

“Brain-eating zombies are scary, but McConnell’s hunger for big money from billionaire donors is the true threat to our wellbeing,” said PFAW Political Director Randy Borntrager. “Like a zombie apocalypse, the flood of money into our electoral system is an existential threat to our country. Americans should band together for our survival. In this case, that means voting Mitch McConnell out of office.”

For more information on People For the American Way’s work to get big money out of politics, please see our Government By the People webpage.