Earlier this year, People For the American Way released an analysis showing the unprecedented level of obstruction faced by President Obama’s nominees to the executive branch. At that time, 16 of the President’s nominees to the executive branch of government had faced filibusters from Republican senators and were the subject of cloture votes after Republicans refused to allow an up-or-down vote on their nominations. That number was on pace to reach 28 nominees by the end of President Obama’s second term.

Since then, things have only gotten worse.

Importantly, the rate of obstruction has increased considerably, and Republicans are now on pace to filibuster a full 45 nominees before the end of the Obama administration in January 2017. 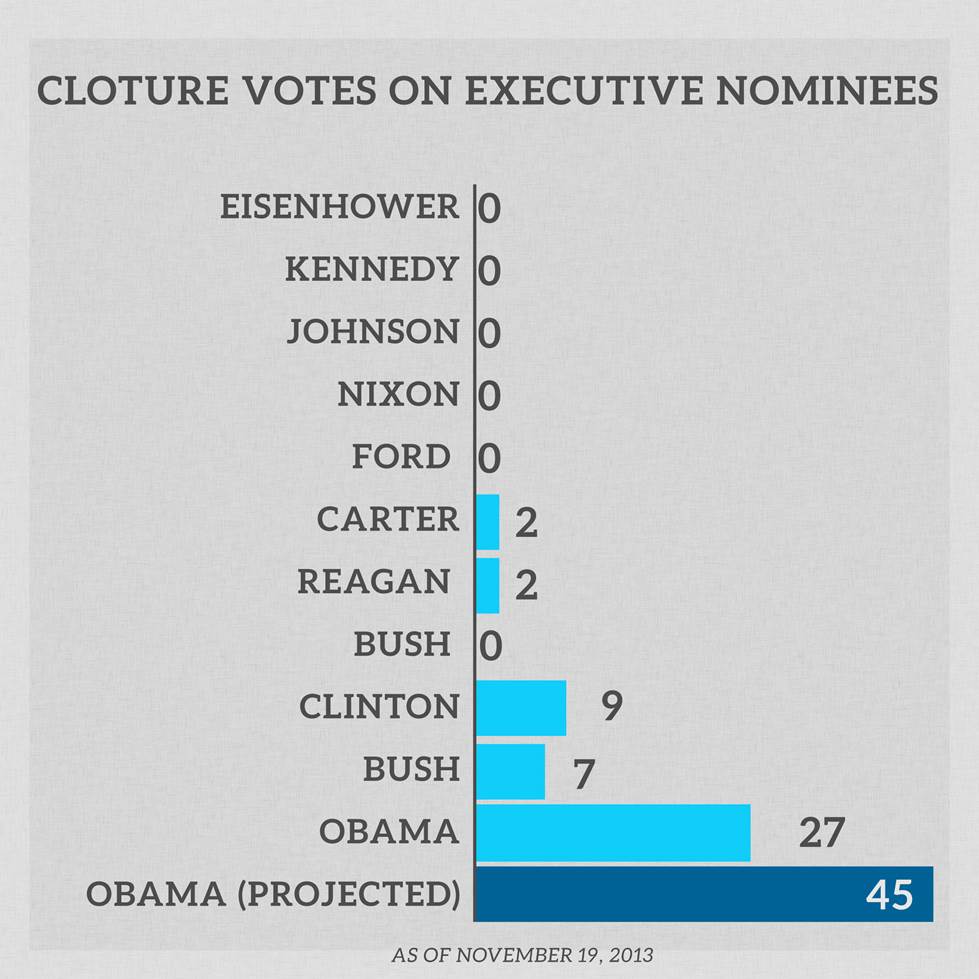 Not only do these filibusters hinder the work of a wide range of agencies and departments, they are also part of a larger Republican agenda to nullify existing laws through obstruction. Many of President Obama’s executive branch nominees have faced filibusters not because Senate Republicans objected to their personal qualifications, but because they do not wish to allow the agencies and departments to which they have been nominated to do their work.

This nullification strategy is part of the same wrong-headed philosophy that forced the government to shut down last month, and which is currently preventing three impressively qualified nominees for the D.C. Circuit Court of Appeals from receiving confirmation votes.

The ultimate victims of Republican obstruction aren’t the Senate’s Democratic leadership or even President Obama, but the individual Americans who depend on a government that operates effectively and addresses the needs of real people.

Correction: This post was updated to include the filibusters of Fred Hochberg, Regina McCarthy, and Thomas Perez.