Following Amy Coney Barrett's confirmation to the Supreme Court, it’s more urgent than ever for Americans to push for justices who understand how our laws influence all Americans.

While in office, Trump and his Republican enablers in the Senate eviscerated institutional safeguards to stack our nation’s courts with lifetime judges whose extreme agendas would only serve the wealthy and powerful.

Supreme Court justices should understand that the Constitution protects all of us, not just the wealthy and privileged. As we enter a new era of for the Court, it’s never been more critical to continue to fight for a Supreme Court that is committed to protecting and enforcing equality and justice for all.

In testimony submitted on July 20, 2021 to the Presidential Commission on the Supreme Court of the United States, former People For the American Way President Ben Jealous called for urgently needed reforms to the Court, including term limits, the establishment of new standards of ethics and transparency, and the addition of seats to the Court.

“Our current Supreme Court has been captured by the Far Right and corporate interests, and is dominated by Trump judges as a result of Mitch McConnell’s unethical actions to steal Supreme Court seats. This politicization of the Court is robbing Americans of their rights and undermining our democracy. Unless ethics standards and term limits are established, and the current Court is enlarged, the die has been unjustly cast for a far-right Court that will serve only partisan interests and the wealthy and privileged for decades to come,” said Jealous.

PFAW launched a new corresponding interactive tool to allow progressive activists to sort by issue area or by judge to see, at a glance, Gorsuch’s, Kavanaugh’s, and Barrett’s bad rulings in each issue area and get a clearer picture of their individual impact on important rights. 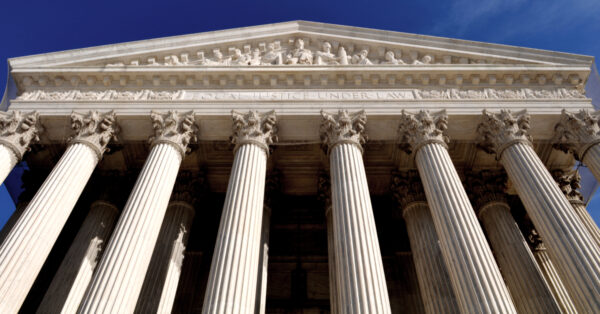 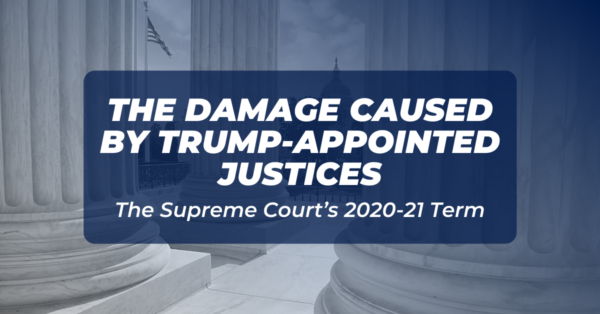