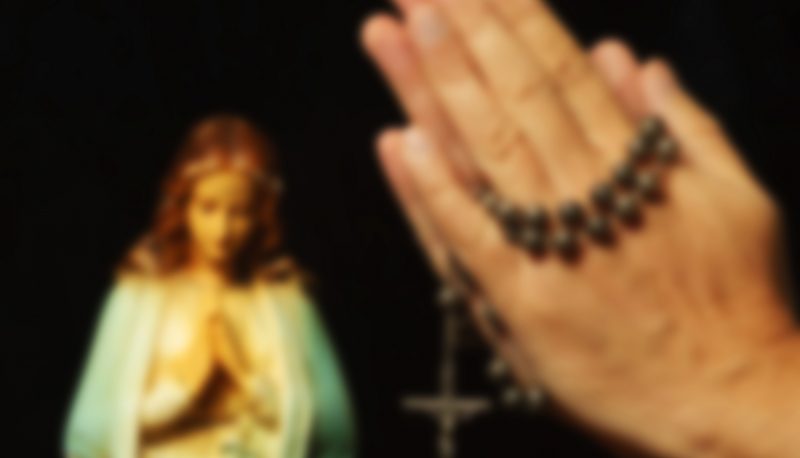 Religious freedom is a fundamental American value and a constitutional right.

People For the American Way has worked to defend the First Amendment and its religious liberty guarantees for more than 30 years. We have encouraged the participation of progressive people of faith in the struggles to preserve voting rights and ensure equality under the law. The problem is that the principle of religious liberty is being distorted to promote an anti-equality political agenda. Religious freedom does not give any person the right to harm someone else in the name of religion.

What would proposed state ‘religious liberty’ laws do?

So-called “religious liberty” or “religious freedom” laws are being promoted by right-wing activists and legislators opposed to progress in such areas as women’s reproductive rights and LGBT equality. Their goal is to turn what was intended to be a shield to protect individuals’ religious practice into a sword against state and municipal anti-discrimination laws and the people they protect. Bills had been introduced in more than a dozen states as of February 1, 2015.

Many of these proposals would create or enhance state “RFRA” laws, named after the federal Religious Freedom Restoration Act (RFRA), which was enacted in 1993. A broad coalition of progressive and conservative groups and legislators supported RFRA, which was designed to counteract a Supreme Court decision that undermined legal protection for the rights of religious individuals to practice their faith. RFRA was meant to reinstate the legal principle that the government cannot place a substantial burden on your practice of religion unless it is pursuing a compelling interest in the least restrictive way.

The diverse coalition that supported passage of the federal RFRA began to split apart when it became clear that some conservatives would use state versions of the law to challenge state and local anti-discrimination protections.

The potential harm from RFRA-type laws skyrocketed last year with the Supreme Court’s 5-4 decision in Hobby Lobby. In that ruling, the conservatives on the Court held that a for-profit corporation could use the law to avoid providing its employees with insurance coverage for contraception required under the Affordable Care Act,  because such coverage offended the religious beliefs of the company’s owners.

As Justice Ginsburg explained in her dissent, this completely misinterpreted RFRA in two ways: first, by allowing a for-profit corporation to claim a religious exemption under RFRA, and second, by ruling that a company or individual could claim an exemption from a law simply because the law offends their beliefs, without showing a substantial burden on the actual exercise or practice of religion. As a result, she explained, a business owner could claim to be exempt from anti-discrimination laws and more because they allegedly offend his religious beliefs. This is the danger posed by state RFRA proposals, even those that track the federal RFRA language. Businesses or individuals could claim to be exempt from many kinds of laws, including those that ban discrimination against women or LGBT people.

And the harm could extend beyond anti-discrimination laws, disrupting the enforcement of domestic violence or child protection laws. In 2012, a proposal to insert broad RFRA language into North Dakota’s state constitution was soundly defeated by voters when child welfare groups and others argued that it could undermine child protection and law enforcement and cause expensive chaos in the state’s courts.

It is not clear just how far the conservative Supreme Court majority’s reasoning will be extended. But the Hobby Lobby decision redefining RFRA and extending it to for-profit corporations has opened the door to business owners even to  make disruptive religious objections to minimum wage laws or certain kinds of taxes that they claim violate Scripture.

It is clear that the recent push for state RFRA laws is largely a conservative response to the wave of laws and court rulings recognizing the right of same-sex couples to get legally married and be free of discrimination. The First Amendment already protects the right of churches and clergy to make their own decisions about which couples will receive their blessing. But conservatives want to go much further. Now that they are losing the battle to deny legal equality to same-sex couples, they are seeking to undermine that equality by allowing businesses and even government officials to refuse to serve those couples.

A second type of “religious liberty” bill would specifically allow county clerks and others to refuse to process marriage licenses that same-sex couples are legally entitled to receive.  Some would allow discrimination against LGBT people by state contractors or student groups. Legislation specifically focused on allowing anti-gay discrimination highlights the unfairness and bias at the core of this misuse of “religious liberty” rhetoric. As of February 1, 2015, such proposals were pending in more than half a dozen states.  Even more such proposals are likely later this year, especially if the Supreme Court rules in favor of equal marriage rights as most observers now expect.

What can we do?

In some states facing damaging RFRA proposals, effective coalitions have been able to educate the public and elected officials about the potential harm such laws could cause, as they did in North Dakota.  In 2014, Republican Governor Jan Brewer vetoed an Arizona RFRA bill after significant opposition, which included business leaders and Republican Senators John McCain and Jeff Flake, who did not want the state to be known for giving legal cover to discrimination.

People For the American Way is using its network of grassroots activists and its connections with progressive religious leaders and elected officials to help our allies around the country mobilize effective opposition to so-called “religious liberty” legislation that would transform the shield of religious liberty into a sword to attack others’ rights.