xx
On February, 2022, President Biden nominated Judge Ketanji Brown Jackson of the U.S. Court of Appeals for the District of Columbia Circuit to the U.S. Supreme Court.

Judge Jackson is an outstanding nominee, with a deep and demonstrated commitment to civil rights. On the federal bench, she has shown her commitment to upholding laws that protect people with disabilities, workers, immigrants, and freedom of speech. As a former public defender, she brings to the Supreme Court the perspective of someone who has seen the justice system through the eyes of our society’s most vulnerable. Her lived experience as a Black woman enriches her perspective about day-to-day life in the United States and how the legal system affects people’s rights and lives. In addition to her stellar legal credentials, Judge Jackson would bring a new understanding to the Court that would broaden its grasp of a multitude of issues and bring it closer to the ideal of delivering equal justice for all, not just the wealthy and powerful. 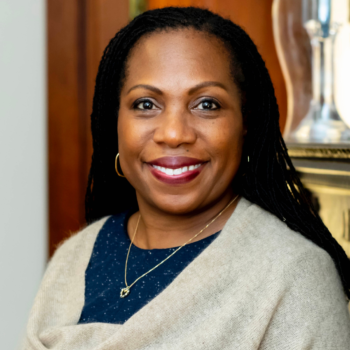