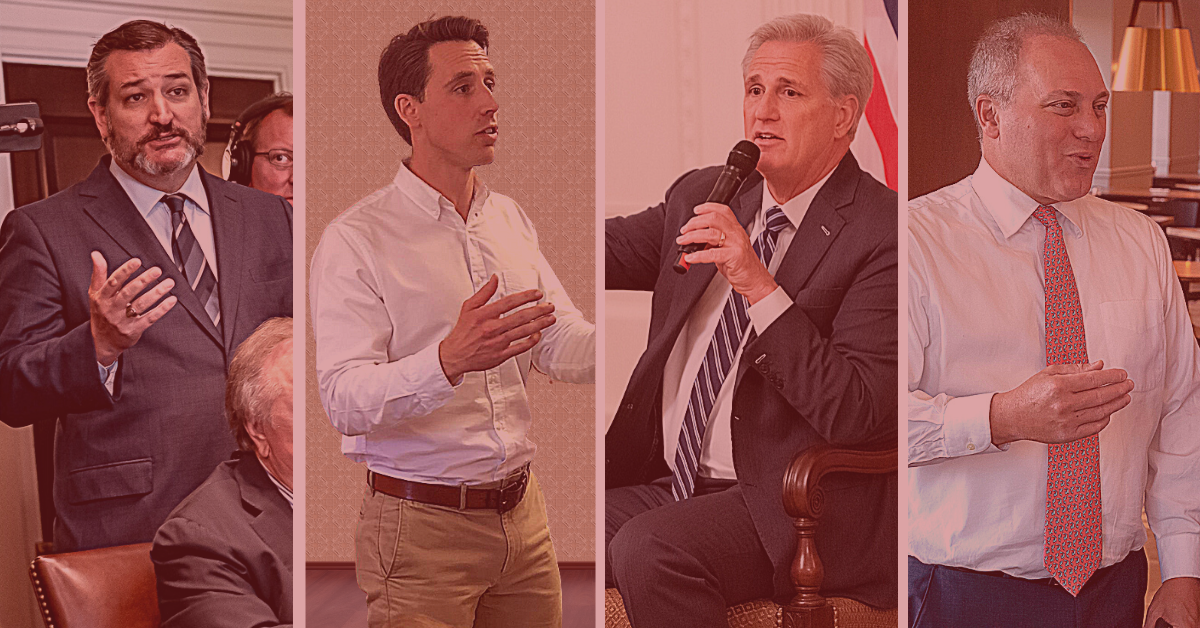 Senators Ted Cruz and Josh Hawley, along with House Republican leaders Rep. Kevin McCarthy and Rep. Steve Scalise, played a reprehensible role in attempting to overturn a free and fair election on January 6. Since they do not have the decency to resign, then at a minimum, these four must face official censure by their respective chambers.