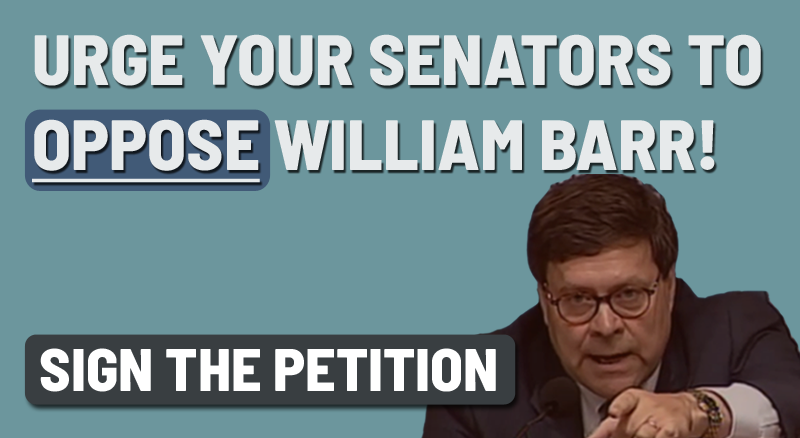 President Trump’s nomination of William Barr to serve as Attorney General is just the latest in a string of attempts to undermine the Mueller Russia investigation and it must be stopped. Urge your senators to OPPOSE William Barr’s nomination as AG. Trump has a clear agenda in selecting Barr and we must not allow another political lackey to fill the vacancy.