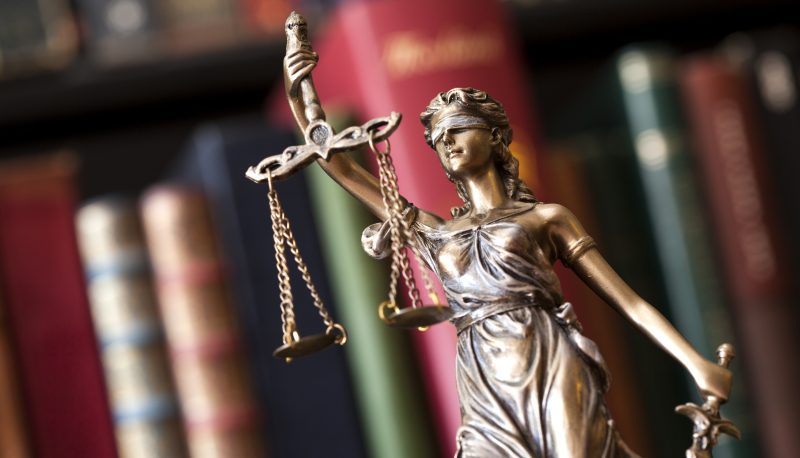 People For the American Way sent the following letter to Senate Judiciary Committee members to express our deep concerns regarding the nomination of federal district court judge Amul Thapar to the Sixth Circuit Court of Appeals. You can download this letter here.

On behalf of the hundreds of thousands of members of People For the American Way, I write to express our deep concerns about the nomination of federal district court judge Amul Thapar to the Sixth Circuit Court of Appeals.

His upcoming hearing before the Judiciary Committee will give senators an opportunity to ask questions about red flags in his record, and give the nominee a chance to respond. Those red flags arise particularly in two different areas: his apparent willingness to ignore or distort Supreme Court precedent in cases involving money in politics and sexual harassment.

Our first area of concern is Judge Thapar’s approach to laws that impose reasonable limits on money in politics. In 2016, he issued a ruling in Winter v. Wolnitzek that strongly suggests a disregard for precedent and for the public interest in maintaining the integrity of our political and judicial system. In that case, he used a severely flawed First Amendment analysis to strike down Kentucky’s ban on state judicial candidates contributing money to political organizations or candidates, only to see that decision reversed unanimously in important respects by the appellate court he now seeks to join.

Winter concerned a challenge to provisions in the Kentucky state code of judicial conduct. Judge Thapar ignored Supreme Court precedent and, without meaningful analysis, applied “strict scrutiny” (the highest level possible) to the contributions ban. He reasoned that money equals speech under Buckley v. Valeo, so a ban on contributions is a speech ban subject to strict scrutiny.

But Buckley itself declined to apply the highest level of scrutiny to limits on campaign contributions. As recently as 2014, McCutcheon v. FEC again made this clear. After noting that expenditure limits trigger strict scrutiny, Chief Justice Roberts wrote:

By contrast, the Court concluded [in Buckley] that contribution limits impose a lesser restraint on political speech because they permit the symbolic expression of support evidenced by a contribution but do not in any way infringe the contributor’s freedom to discuss candidates and issues. As a result, the Court focused on the effect of the contribution limits on the freedom of political association and applied a lesser but still rigorous standard of review. Under that standard, even a significant interference with protected rights of political association may be sustained if the State demonstrates a sufficiently important interest and employs means closely drawn to avoid unnecessary abridgement of associational freedoms. [internal quotation removed and emphasis added] McCutcheon, 134 S.Ct. at 1444.

It is unusual for a federal district judge to simply ignore Supreme Court precedent regarding appropriate standards of review. Judge Thapar’s ruling on the contributions issue was reversed by a unanimous Sixth Circuit panel in an opinion authored by Judge Jeffrey Sutton. Although the appellate panel did not comment on the erroneous standard that Judge Thapar had used, it ruled that even under the compelling interest standard, Kentucky’s contributions ban “narrowly serves the Commonwealth’s compelling interest in preventing the appearance that judicial candidates are no different from other elected officials when it comes to quid pro quo politics.” Winter, 834 F.3d at 691.

Elevating the scrutiny given to campaign contributions to the highest level would constitute an enormous change in American law and politics. And the fact that the Sixth Circuit ruled unanimously that Judge Thapar was wrong even using his incorrect standard is also troubling. The Committee should closely question Judge Thapar on his flawed reasoning, the consequences of which would exacerbate the threat to democracy posed by the undue influence of money in politics. Judge Thapar’s opinion in Winter v. Wolnitzek suggests he may put his political ideology before the law, a possibility it is incumbent upon the Judiciary Committee to explore.

We also urge the Committee to ask Judge Thapar about a 2012 opinion he authored in Wasek v. Arrow Energy Services, which concerned a man sexually harassed in the workplace by another man. According to Thapar, the victim of the harassment in this case had no Title VII claim because he couldn’t prove that his tormentor was gay, a significant distortion of Supreme Court precedent.

Harold Wasek alleged that he was bullied and harassed by a coworker, Paul Ottobre, while working as part of a four-man crew on an oil rig in Pennsylvania. They initially shared a hotel room. One evening, Ottobre told Wasek a graphic story of having sex with his wife’s sister, and he could tell that it made Wasek very uncomfortable. Wasek moved out the next day. After that, Ottobre began to sexually harass Wasek as if he were gay. Ottobre would grab his buttocks, poke him in the rear with a hammer handle and with a long sucker rod, and tell him things like, “you’ve got a pretty mouth,” “boy you have pretty lips,” and “you know you like it sweetheart.” When Wasek complained to the company, they did not help him, so he filed a sexual harassment claim under Title VII.

Judge Thapar, sitting on a Sixth Circuit panel by designation, wrote an opinion upholding summary judgment for Arrow Energy. He distorted a unanimous 1998 Supreme Court ruling in Oncale v. Sundowner Offshore Services confirming that sexual harassment is prohibited under Title VII regardless of whether the harasser and victim are the same sex or the opposite sex, as long as the conduct is sex-based. Oncale provided a small number of examples of ways to demonstrate that harassment was sex-based. However, Judge Thapar inaccurately presented the examples as an exhaustive list. Wasek’s case did not fit any of those few examples, and Judge Thapar denied him the opportunity to use other ways to convince a jury that the harassment was sex-based.

To see how Judge Thapar distorted Oncale, it is best to quote exactly what the Supreme Court said about how to demonstrate that the harassment was due to the victim’s sex:

Courts and juries have found the inference of discrimination easy to draw in most male-female sexual harassment situations, because the challenged conduct typically involves explicit or implicit proposals of sexual activity; it is reasonable to assume those proposals would not have been made to someone of the same sex. The same chain of inference would be available to a plaintiff alleging same-sex harassment, if there were credible evidence that the harasser was homosexual. But harassing conduct need not be motivated by sexual desire to support an inference of discrimination on the basis of sex. A trier of fact might reasonably find such discrimination, for example, if a female victim is harassed in such sex-specific and derogatory terms by another woman as to make it clear that the harasser is motivated by general hostility to the presence of women in the workplace. A same-sex harassment plaintiff may also, of course, offer direct comparative evidence about how the alleged harasser treated members of both sexes in a mixed-sex workplace. Whatever evidentiary route the plaintiff chooses to follow, he or she must always prove that the conduct at issue was not merely tinged with offensive sexual connotations, but actually constituted discrimination because of sex. Oncale v. Sundowner Offshore Services, 523 U.S. 75, 81 (1998) [emphasis added, internal quotation removed]

The Court could not have been clearer that these were examples of how to demonstrate sex-based motivation. But Judge Thapar treated them as an exhaustive list: a ceiling, not a floor:

So how does a plaintiff prove Title VII same-sex harassment? Oncale provides guidance. A trier of fact may infer that harassment occurred because of sex when the plaintiff can produce (1) “credible evidence that the harasser was homosexual,” (2) evidence that “make[s] it clear that the harasser is motivated by general hostility to the presence of [the same sex] in the workplace,” or (3) “comparative evidence about how the alleged harasser treated members of both sexes in a mixed-sex workplace.” Wasek, 682 F.3d at 467-8.

The second and third routes were unavailable, since there was no indication that Ottobre was motivated by a general hostility toward men, and there were no women in the workplace. So, Judge Thapar concluded, the only way Wasek could infer a sex-based motivation for the harassment was to demonstrate that his harasser was “homosexual.” Wasek believed Ottobre might be bisexual, a belief presumably based on Ottobre’s repeated comments and actions. Nevertheless, Judge Thapar dismissed Wasek’s suspicion as “pure conjecture” unsupported by any evidence. With none of the three factors met, the judge upheld summary judgment for the employer.

By distorting binding precedent, Judge Thapar was able to overlook other obvious ways to demonstrate that harassment is sex-based. In this case, Ottobre didn’t start harassing his colleague as gay until he saw that Wasek disliked his explicit tales of sex with women. Perhaps this violated Ottobre’s expectations of how a man should react, and targeting someone for not conforming to sexual stereotypes unquestionably constitutes sex discrimination under Title VII.

But we will never know if that is what motivated Ottobre, because Judge Thapar shut down that method of demonstrating that the harassment was sex-based.

Judge Thapar’s misinterpretation of precedent made same-sex sexual harassment far easier to get away with, treating it as if it weren’t really all that serious. But Title VII reflects congressional and societal agreement that sexual harassment in the workplace is unacceptable, regardless of whether the parties are the same sex or different sexes.

Although the panel ruling was unanimous, it was Judge Thapar who authored the opinion for his colleagues. It raises serious questions as to whether he was letting his personal ideology affect his judgment, or whether he simply did not understand that a list of examples is, by definition, not an exhaustive listing.

These cases are not typical instances where a judge simply “got it wrong” and (in the campaign finance case) was reversed. Each involved an error of law so fundamental that it raises the specter of a judge who is willing to put political ideology before the law. These and other matters must be explored carefully by the Senate Judiciary Committee in order to determine if Judge Thapar should be elevated to a lifetime seat on the Sixth Circuit.