On April 10, President Trump nominated ultra-conservative David Porter to the Third Circuit Court of Appeals.  Porter’s record is one of right-wing advocacy, including leadership of the Pittsburgh chapter of the Federalist Society, a far right legal group.

Although Porter has the support of Republican home state senator Pat Toomey, Democrat Bob Casey opposes the nomination. He has explained:

As a lawyer, David Porter has advocated legal theories that stack the deck against workers, deny Pennsylvanians access to health care and undermine the equal protection of our laws for all Americans.

Casey also notes the breakdown in cooperation with his fellow senator in identifying and recommending judicial nominees:

I have worked in a bipartisan way with Senator Pat Toomey to recommend and move forward candidates for the federal judiciary in Pennsylvania, even when I have had concerns about the candidates’ judicial philosophies. It is unfortunate that this Administration has decided to nominate, over my objections, an individual who is far outside the mainstream to a lifetime appointment to one of the most important courts in the nation: the Third Circuit Court of Appeals.

This is history repeating itself.

In March of 2016, with Casey’s support, President Obama nominated Assistant U.S. Attorney Rebecca Haywood to the same court. Had she been confirmed, she would have been the first woman of color ever to serve on the Third Circuit Court of Appeals. However, the day after she was nominated, Toomey opposed her:

During what has been a largely cooperative and successful bipartisan judicial appointment process, there have occasionally been disagreements and delays behind the scenes from both sides. And yet these matters have been handled privately with the overarching goal of finding a bipartisan consensus that all parties could support and is in the best interest of the Pennsylvanians we serve. It is unfortunate that the White House has decided to pursue this partisan, confrontational approach over a flawed candidate.

I therefore urge President Obama to reconsider his partisan, my-way-or-the-highway approach here. Instead of blowing up a bipartisan working arrangement for judicial nominees that has done so much good for Pennsylvania, the President should take a step back, put an end to this political theater, withdraw a nomination that is not suitable for such an important lifetime position, and instead work across the aisle with Senator Casey and me to arrive at a consensus nominee as we have for every other vacancy since 2011.

That’s not unlike Casey’s sentiment today about Porter.

Haywood was not confirmed because Judiciary Committee chair Chuck Grassley followed his practice of not scheduling a hearing for a nominee without the support of both home state senators.

Two years later, and here we are again: a Third Circuit nominee from Pennsylvania who is supported by the home state senator of the president’s party but opposed by the senator of the other party. The only difference from 2016 is that, with a change of parties in the White House, Grassley has twice departed from the policy he unambiguously announced and followed without exception for Obama nominees. Over the objections of a home state senator, he has held a hearing for Eighth Circuit nominee David Stras and Seventh Circuit nominee Michael Brennan.

Grassley might try again. But with Porter, the unique parallel with 2016 is inescapable.

Grassley should treat this situation the way he treated the exact same one two years ago. Without Sen. Casey’s support, David Porter should not have a committee hearing. 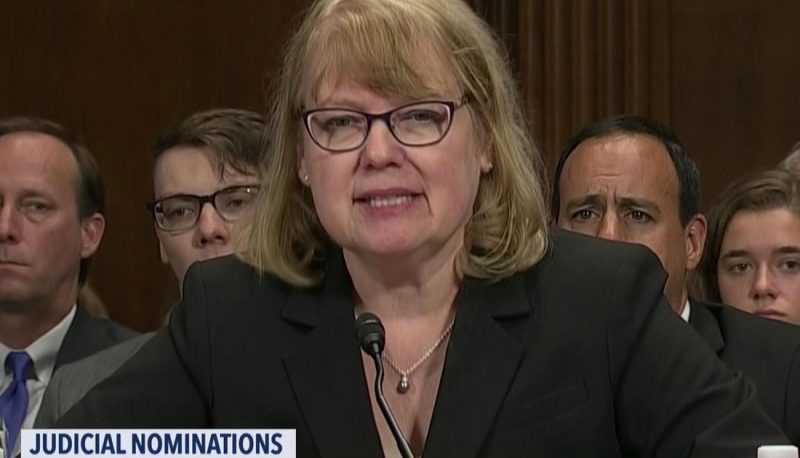