The U.S. Chamber of Commerce, which spent $75 million to help elect pro-corporate candidates to Congress this year, benefits from the positive image most Americans have of its smaller member organizations—city and county chambers that organize locally run businesses. But now, some of these member organizations are saying they want no part in the U.S. Chamber’s massive attack ad buys on behalf of Republican candidates. From Politico, via Washington Monthly:

“We were getting pounded. We felt here, in central Pennsylvania, that the ads they were running were not professional ads,” said David Wise, president of the Chamber of Business and Industry of Centre County, which is considering dropping its national membership. “This was not a unifying event. It was divisive.”

More than 40 local chambers issued statements during the midterms distancing themselves from the U.S. Chamber’s campaign — including nearly every major local chamber in Iowa and New Hampshire, key states for the presidential campaign.

Other chambers plan to take the extraordinary step of ending their affiliation with the U.S. Chamber, including the Greater Philadelphia Chamber of Commerce in Pennsylvania. Its leaders reported being inundated with angry — and sometimes profanity-laced — telephone calls from people objecting to the U.S. Chamber-backed ads.

Some local chambers were also active in countering the U.S. Chamber’s claims in the run-up to the election. According to Politico, “In Iowa, Democratic Rep. Bruce Braley survived an onslaught of U.S. Chamber attack ads in part because he circulated disclaimers issued by his local chambers.”

Though the U.S. Chamber benefits from the appearance of representing local business associations throughout the country, the numbers show that individual associations and the small businesses they represent hold very little sway over the U.S. Chamber’s national political activities. A New York Times investigation in October found that the U.S. Chamber, which does not have to publically disclose its donors, received half of its 2008 contributions from just 45 donors—large companies like Dow Chemical and Prudential Financial that have strong lobbying interests on Capitol Hill.

The Supreme Court’s decision in Citizens United v. FEC this year allowed companies like Dow and Prudential to funnel money through the U.S. Chamber not only toward lobbying efforts but toward campaign advertising—all while hiding behind the positive image of hundreds of thousands of small businesses who may or may not agree with their legislative priorities. And without strong disclosure legislation, they’ll doubtless continue to do so. 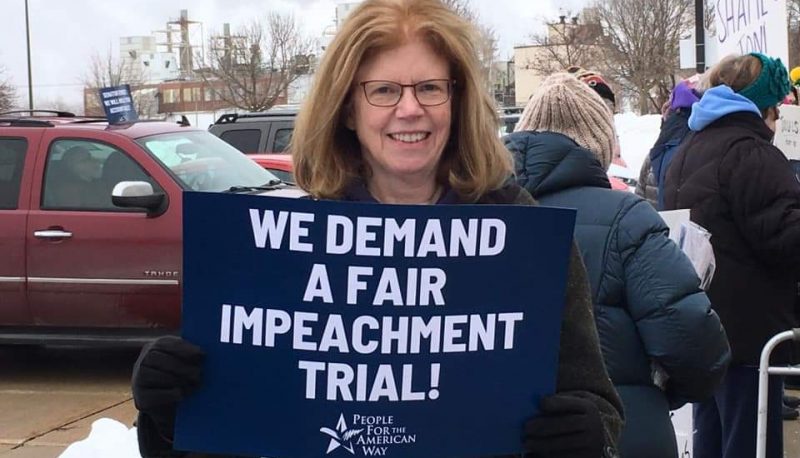