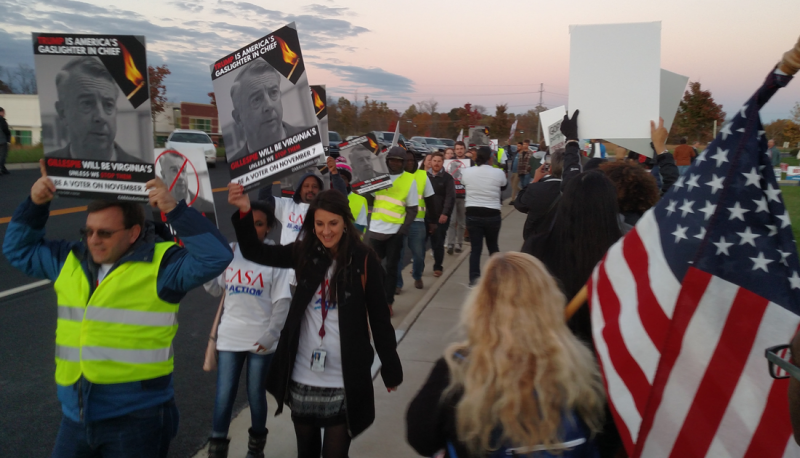 With just a week left until Election Day in Virginia, on Monday evening People For the American Way, CASA in Action, Indivisible, and other allies protested the racist rhetoric being spewed throughout Virginia by Ed Gillespie and his campaign for governor, as well as other GOP candidates. In response to a Republican rally hosted by Gillespie and Senator Marco Rubio, more than 85 protestors gathered to send a clear message: racism has no place in Virginia.

Ed Gillespie has been relentless in his attacks on our immigrant communities through numerous TV ads and mailings. And with President Trump’s endorsement of Gillespie’s fearmongering, it is more important than ever to stand up for immigrants and let the entire GOP know that voters won’t stand for their hate. 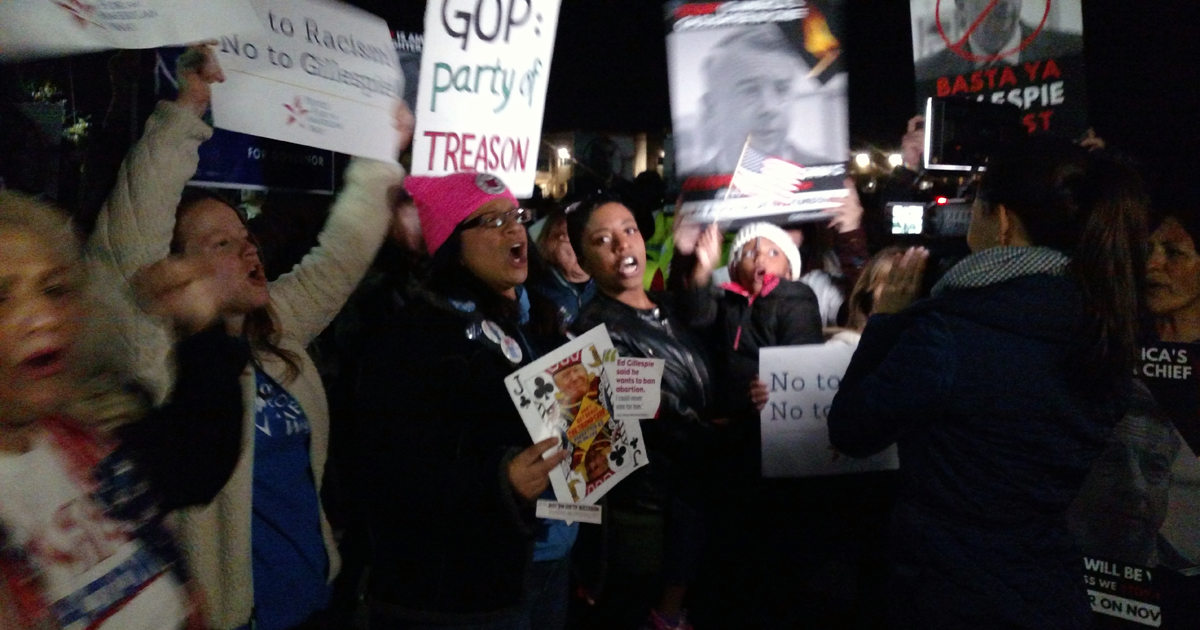 The protesters from Virginia marched and chanted for two hours as attendees made their way inside the event. “We want freedom! Racist politicians, we don’t need ‘em!” was the main chant of the evening. It was met with a Republican backlash with some Republican activists who were attending the event yelling: “You are sick people.” and “You are trash.”

In addition to the demonstration, PFAW has also fired back at Gillespie by launching a TV ad in Virginia which exposes the bigoted, hateful tactics being used by his campaign. As PFAW Political Director Lizet Ocampo told the Washington Post:

“When he shows images of Latino-looking people and says ‘Fear them,’ this is the same thing Trump did when he went down the escalator and said Mexicans are drug dealers and rapists and criminals. Exactly the same campaign strategy.”

As a Virginian, I’m proud that we rejected Trump’s hate last November. This is not the America I want to live in. Election Day is only a week away. Virginia voted against racism last November, and we can do it again if progressive Virginians turn out and vote. 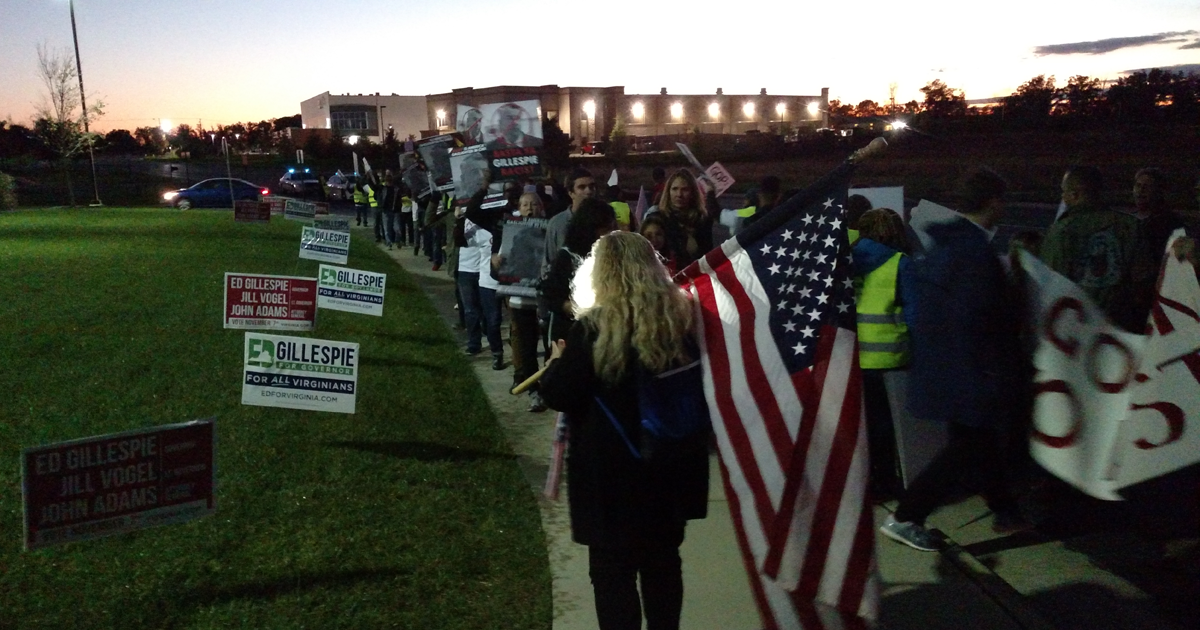