Video: Trump’s Supreme Court Nominee Would Be a Disaster for Women’s Rights

Trump’s nominee to the Supreme Court, Judge Neil Gorsuch, has a troubling record of ruling against women’s rights.

In a new video released today, PFAW Senior Advisor on Policy Dawn Huckelbridge discusses one case in particular that shows the nominee’s callous disregard for the experiences of women in the workplace.

In this case, there’s a woman named Betty who, for two months, goes through sexual harassment in the workplace. Her supervisor asks her if she masturbates. He says he likes it when she wears skirts. He asks her about her breast size and if she’s had breast enlargements—just really horrible and offensive stuff. So Betty asks him to stop; she tries to shut him down, and she’s not successful. So she reports her supervisor. A few days later he’s disciplined, and then Betty’s fired.

When Betty sued, Neil Gorsuch and another judge said she’d waited too long to report the harassment—a grand total of two months. They said that she wouldn’t have her day in court. Women need to be able to turn to the courts to defend our rights.

This post has been updated to include two additional videos of PFAW staff discussing cases where real people were harmed by Gorsuch’s decisions.

In one, Director of Young People For Action Cici Battle recounts the story of a trucker who was fired after he left his truck that broke down in freezing temperatures.

In the other, Director of Outreach and Public Engagement Diallo Brooks details a case where Gorsuch ruled that an officer who shot a young man in the head with a Taser did not use excessive force. 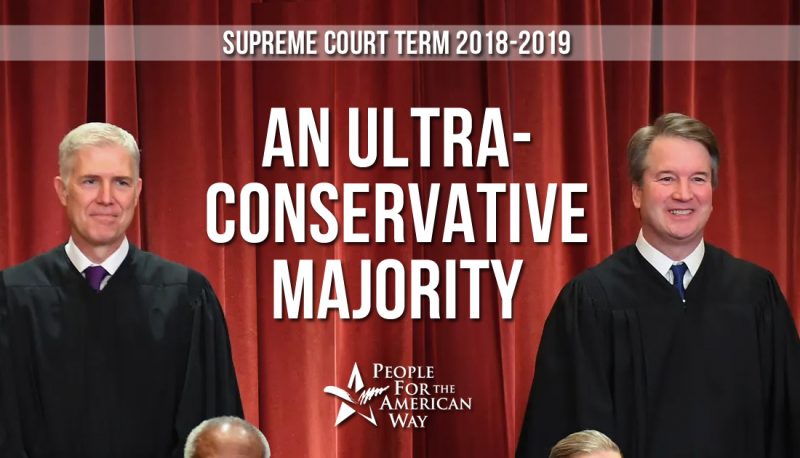