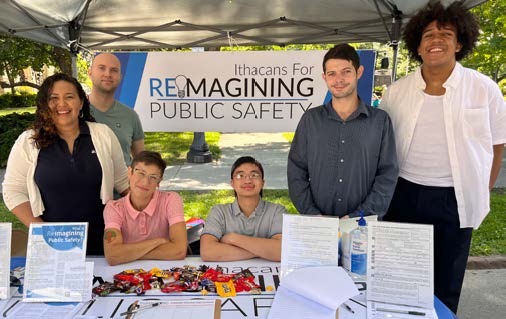 This fact sheet is part of People For the American Way’s new report All Safe: Transforming Public Safety. Here, we give an overview of one of the four prongs in our approach to reducing police violence: Restructuring the systems of public safety to ensure communities’ underlying safety and social needs are met.

Problem: There is an over-reliance on armed police officers to address a range of public safety issues, including mental health crises, student misbehavior in schools and low-level misdemeanors. The problem is exacerbated by increased militarization of police forces that results in physical harm and mistrust within communities, especially communities of color.

Solution: Transform policing and restructure public safety in a manner that appropriately delineates the role of police in society, deploys other resources to deal with social problems that do not require nor benefit from an armed police response, and demilitarizes the police. The Ithaca Public Safety Model provides a template. This model provides for the following: