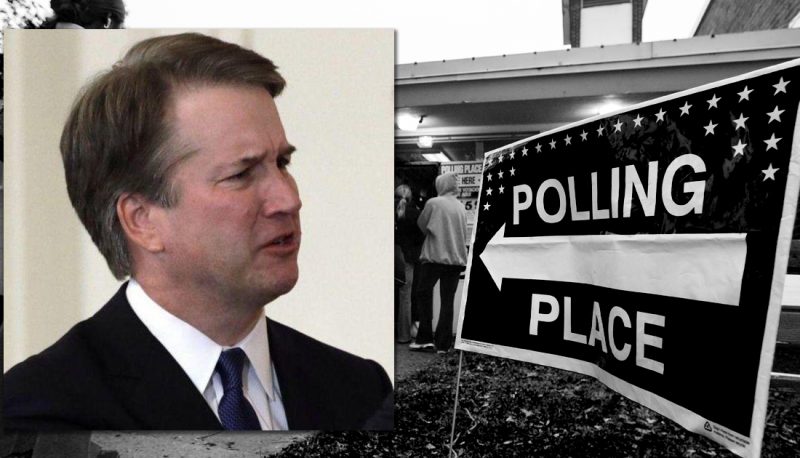 Among the many reasons to oppose President Trump’s nomination of Judge Brett Kavanaugh to the Supreme Court is the issue of voting rights. Given the key role that Justice Kennedy played on the Court on this issue, replacing him with Kavanaugh threatens to further set back progress on ensuring equal voting rights for all. This is particularly true in light of Kavanaugh’s record in this area.

Kavanaugh issued his most important opinion concerning voting rights was in South Carolina v. United States in 2012. In that case, South Carolina sought to get Justice Department approval for a proposed change in its voter ID law. This occurred before the Supreme Court’s disastrous decision in Shelby County v. Holder that invalidated the Section 5 requirement of the Voting Rights Act that states like South Carolina with a history of voting discrimination must pre-clear voting changes. The Justice Department objected to the proposal, explaining that 80,000 people of color did not have the form of identification that the law required. South Carolina then made some changes to the law to try to solve its problems and went to federal court in DC to seek approval of the new requirements.

Judge Kavanaugh wrote the opinion for the three-judge court that approved the voter ID law despite DOJ’s continued objections that were based in part on evidence of discriminatory intent. (A Republican state legislator had responded approvingly to a constituent’s email stating that if African-Americans were “offered money” to get voter IDs, “it would be like a swarm of bees going after a watermelon.”) The other two judges who joined the opinion wrote separately, emphasizing the positive changes in the law made by the state after DOJ initially rejected it, and praised the “vital function” that DOJ review under Section 5 played. Kavanaugh did not join that opinion, and eight months later, a conservative 5-4 majority of the Court struck down the pre-clearance requirement.

Kavanaugh also has a troubling record on the D.C. Circuit of writing opinions denying other claims of racial discrimination, both in majority opinions and in dissents. As voting rights specialist Ari Berman has recently concluded, the “threat of voter disenfranchisement will get worse if Judge Kavanaugh is confirmed” and “voting rights protections” will be further rolled back.

In fact, Kavanaugh’s confirmation would pose additional voting rights problems. For several years, a closely divided Court has been considering whether and how it and lower courts can appropriately play a role with respect to the problem of hyper-partisan redistricting by state legislatures. The four moderate justices on the Court have written that a constitutional challenge should be possible when legislatures go too far and effectively harm voters through such hyper-partisan redistricting. Chief Justice Roberts and Justices Alito, Thomas, and Gorsuch have argued that courts should play no role in such political decisions. Justice Kennedy has been squarely in the middle, suggesting that legal action may be appropriate in some circumstances, but not finding such circumstances in any of the cases the Court has considered. Replacing Kennedy with Kavanaugh, who is likely to side with the four right-wing justices, will likely mean that the Court will not allow legal challenges to partisan redistricting, and may even jeopardize independent redistricting efforts in some states. Considering his judicial history and the current makeup of the Court, confirming Kavanaugh will seriously harm voting rights in our country.