After the Landslide: The Latest in the Fight Over the Virginia House of Delegates - People For the American Way
Skip to main content

After the Landslide: The Latest in the Fight Over the Virginia House of Delegates 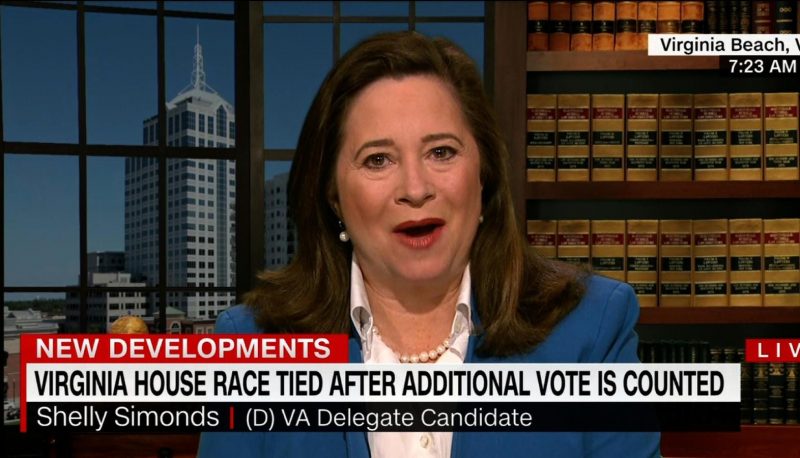 Landslide! The Blue Wave You Built

The Virginia House of Delegates is set to convene on January 10 after the landmark election in 2017 that flipped 15 seats in the legislature and brought the Democrats close to a tie. But two Republican-held seats are still in question, with one southeastern district tied up in significant controversy.

Virginia’s 94th District was decided by a random drawing on January 4, in which Republican David Yancey was declared the winner after his name was pulled out of a ceramic bowl. The race was originally called for Republican Del. David Yancey before a recount put Democrat Shelly Simonds ahead by a single vote. It was later declared a tie after a court allowed a disputed ballot to be counted for Yancey. However, the race may not be settled yet—Simonds is still eligible to ask for another recount, and she has not yet announced what she intends to do.

The outcome of the drawing keeps the balance of power in favor of the Republicans with 51 to 49 seats. No one predicted that Democrats would flip so many seats in the months leading up to the Virginia election, and the election of a Democratic governor means that Virginians are safe from Republican legislation that would roll back progressive advances in the state.

The race still in limbo is in the Fredericksburg area of Virginia. Next Up Victory Fund-endorsed candidate Joshua Cole trails his Republican opponent by only 73 votes in an election where at least 147 voters cast ballots in the wrong district due to an unexplained registrar error. As it turns out, the Virginia Board of Elections and Republican House Speaker Hill Howell knew about issues where voters were incorrectly assigned House districts since at least 2015.

It is absolutely undemocratic that these voters were prevented from having the opportunity to vote for the person that actually will represent them in Richmond. Virginia voters with the backing of the House Democratic Caucus are demanding a new election where voters are properly assigned to the correct House districts.

The first court hearing in the case is on Friday, January 5, and voters want the current winner of the election, Republican Bob Thomas, to be prevented from being seated in the legislature until the issue is completely sorted out. All of this means that when the House of Delegates reconvenes on January 10 the balance of power is still likely to be undecided.

These concerns about the Virginia election are not minor—the right to vote for several hundred Virginia residents is at stake. These issues will be sorted out in the next few days and maybe weeks, and may be messy. As we watch Virginia to see what happens, remember that regardless of which party ultimately controls the chamber, many more progressive and historic candidates are going to be sworn in to the Virginia House of Delegates this month—and that is no small feat.