Amid Grave Russia Concerns, an Opportunity for Accountability and Reform 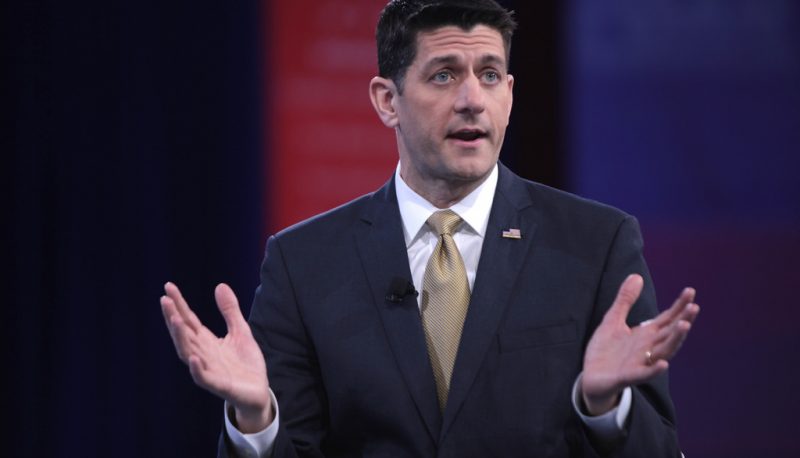 Republican efforts to provide political cover for President Trump amid the ongoing Russia investigation have endangered our justice system and undermined cherished democratic principles. House Speaker Paul Ryan is complicit, having left our country vulnerable by failing to pursue legislation to address Russian election interference. People For the American Way and our allies have urged Speaker Ryan to reverse course and move any of several bipartisan proposals that have been introduced. We have also urged the House Intelligence Committee and Congress to put politics aside and take up government transparency and surveillance reforms more broadly.

Letter to Speaker Ryan on Russian Intervention in U.S. Elections

We are writing to express our deep concern about your failure as House Speaker to take any action to prevent Russia from interfering in our elections in 2018, as Russia plainly did in 2016.

In taking no action, you have failed to protect the nation’s security, the integrity of our presidential and congressional elections, and the interests of the American people.

The nation’s intelligence agencies have concluded “with high confidence” that Russian agents worked to interfere in the 2016 presidential election on the orders of Russian President Putin. The agencies further concluded that one of Russia’s goals was “to undermine public faith in the U.S. democratic process.”

CIA Director Mike Pompeo, your former colleague, recently said that he has “every expectation” that Russia will try to influence the 2018 congressional elections.

Yet, inexplicably, you have not pursued any of the proposed legislative remedies to directly address this dangerous problem, leaving our country highly vulnerable to Russian or other foreign efforts to sabotage the 2018 congressional, state and even local elections, as well as future elections.

Furthermore, you have stood by silently as House Intelligence Committee Chairman Devin Nunes abandoned the investigation into Russian intervention in the 2016 presidential election and instead used his Chairmanship to pursue a spurious investigation of the Justice Department and FBI.

Instead of investigating Russian intervention in our elections, Chairman Nunes is spending his time attacking U.S. law enforcement institutions. The so-called Nunes memo, for example, was used by President Trump to immediately and wrongly claim that it “totally vindicates” him in the Russia investigation. Chairman Nunes, furthermore, has refused to answer the question of whether White House officials worked with his staff on the preparation of the memo.

Russian attacks on the 2016 elections primarily used the Internet to anonymously distribute campaign-related information to American voters. According to a New York Times article (Oct. 30, 2017), “Russian agents intending to sow discord among American citizens disseminated inflammatory posts that reached 126 million users on Facebook, published more than 131,000 messages on Twitter and uploaded over 1,000 videos to Google’s YouTube service, according to copies of prepared remarks from the companies that were obtained by The New York Times.”

Twitter revealed on January 20, 2018 that it had identified a total of 50,258 “Russian-linked” bots that had tweeted “election-related content during the election period.”

Russia also undertook efforts to break into the election systems administered by the states.

According to a USA TODAY article (Sept. 22, 2017), the Department of Homeland Security reported that efforts were made by “Russian government cyber actors” to “hack elections systems in 21 states” during the 2016 presidential election. According to an NBC News report (Feb 8, 2018), “The U.S. official in charge of protecting American elections from hacking says the Russians successfully penetrated the voter registration rolls of several U.S. states prior to the 2016 presidential election.”

Thus, the very tallying of votes and the final results of our presidential and congressional elections may now be vulnerable to potential manipulation by Russia or other foreign adversaries.

These risks are all the more dangerous because many states lack effective security protection for their antiquated voting systems. Yet, this Congress has not provided funds to the states to upgrade the security of their election systems.

There are bipartisan bills pending in the House that set forth various proposals to address foreign intervention in our elections. But you have done nothing to pursue any of these reform measures.

Republican Representative Mark Meadows (SC) and Democratic Representative James Langevin (RI) have introduced The Paper Act (H.R.3751), which aims to help states protect the integrity of federal elections, and would provide for grants for technological improvements.

These bills are cited only to show that there are various bipartisan efforts in Congress to address the problem of foreign intervention in our elections. Your failure to move any legislation towards passage and thus your failure to help protect the integrity and security of our elections is indefensible and inexcusable. As Speaker, you took an oath of office “to support and defend the Constitution of the United States against all enemies, foreign and domestic.” We call on you to fulfill your oath and, as Speaker, to promptly take steps to help prevent Russia or any other foreign interest from intervening in our future elections.

You can download this letter, with signers, here, and view the press release here.

Last week, members of the House Permanent Select Committee on Intelligence voted to release a memo documenting alleged abuse of surveillance authority by the Justice Department and FBI in order to spy on former Trump campaign advisor, Carter Page. Setting aside the debate over the memo’s allegations or whether its release was appropriate, the undersigned organizations committed to government openness and accountability, civil liberties, human rights, and civil rights believe the memo’s release and the scrutiny surrounding it offer an opportunity for Congress to enact meaningful reforms addressing transparency and oversight of the intelligence community while protecting classified information and the nation’s security.

We urge HPSCI and Congress to immediately undertake measures that will reduce secrecy around government surveillance activities; improve HPSCI transparency and oversight; and take steps to reform Section 702 of the Foreign Intelligence Surveillance Act (FISA) – the part of the FISA that is most susceptible to abuse.

Read more about these recommendations here.1

Thank you for your attention to our request. We welcome the opportunity to discuss this with you further. Please contact Lisa Rosenberg at Open the Government, [email protected] or 202-332-6736.

You can download this letter, with signers and footnotes, here, and view the press release here.