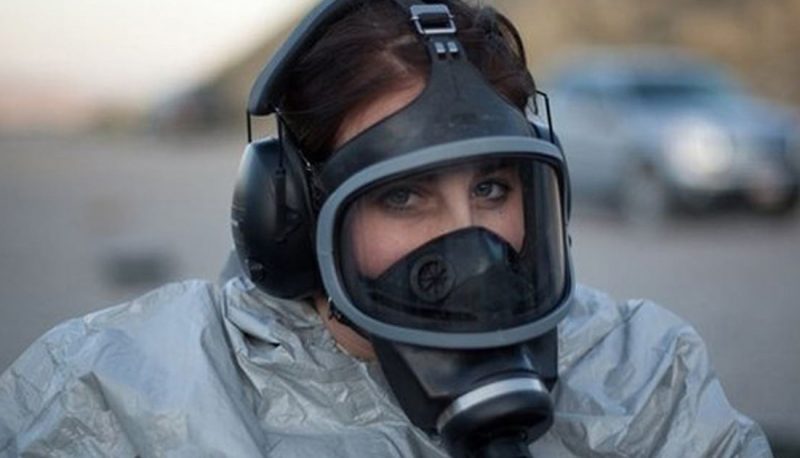 Over the course of President Obama’s tenure in the Oval Office, a cottage industry of doomsday salesmen blossomed: entrepreneurial conspiracy theorists who, purportedly motivated by signs of impending disaster, sold survival gear to those who believed that some great calamity loomed in the near future. Hawking all manner of equipment to survive societal collapse and government siege, this niche industry profited for almost a decade on fears inspired by right-wing myths about President Obama’s alleged agendas to invade the state of Texas, to create so-called “death panels,” and to outlaw private gun ownership, among other such delusions. President Obama finished his term and the end of the world never came—but the end of the bull market in apocalypse-themed survival gear may have finally arrived.

On Tuesday, Salon published an op-ed by PFAW’s Brian Tashman exploring how the apocalypse fringe is trying to adapt their marketing strategies in the era of President Trump—an era in which the illusory specter of Obama’s Armageddon can no longer be counted on to draw the customers in.

During Barack Obama’s presidency, conservative doomsday peddlers cashed in on the paranoia they helped spread, selling firearms, prepper food, and survivalist gear to the followers they convinced that the end was near. Now, these apocalypse hucksters are facing a dilemma in the form of Donald Trump. While most enthusiastically supported Trump’s presidential run—some even hailing him as a savior—the Trump presidency has been damaging to their bottom lines.

You can read the full article here.

Trumpublicans vs. Voting Rights: An Existential Threat to Constitutional Self-Government