This week PFAW staff joined members of the Arkansas Democracy Coalition to kick off a 2016 ballot initiative campaign to increase disclosure in election spending and support a constitutional amendment to overturn Supreme Court cases like Citizens United. The series of events, including a performance showcasing the story of legendary campaign finance activist Doris “Granny D” Haddock and a march for democracy through downtown Little Rock, culminated with a press conference on the steps of the state capitol building.

Speakers included Paul Spencer of Regnat Populus, a convening organization of the Arkansas Democracy coalition; Rep. Clarke Tucker, a member of the Arkansas state legislature; Rhana Bazzini, an 83-year-old woman who has marched hundreds of miles in the tradition of Granny D to promote campaign finance reform; and Rio Tazewell, the Government By the People campaign coordinator at People For the American Way. 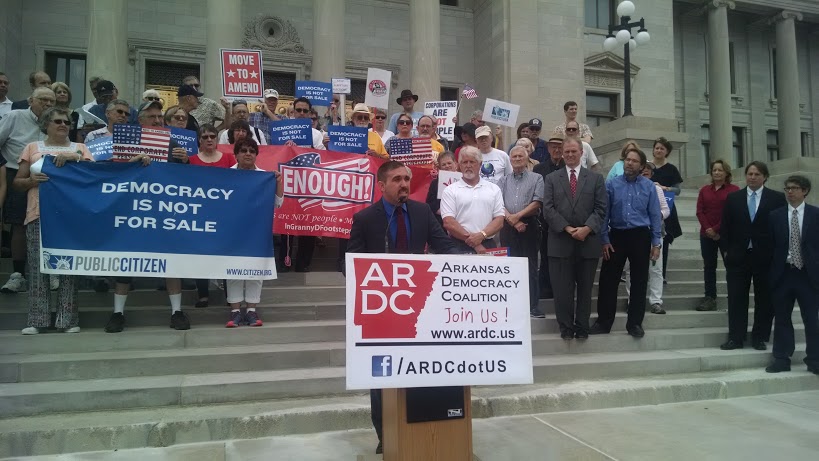 The Arkansas Democracy Coalition, in partnership with PFAW and other national allies, has submitted ballot language awaiting approval by the Arkansas Attorney General. Upon approval, a signature gathering campaign will launch to collect the 70,000 names needed to get the resolution on the ballot. If passed, the resolution would make Arkansas the 17th state on record in support of an amendment to get big money out of politics.