Ask Your Representative to Condemn Hate: Sample Script on Steve Bannon - People For the American Way
Skip to main content

Neo-Nazis and white nationalists immediately celebrated the decision to elevate Bannon, and it is critical and urgent that people of conscience call our elected officials in Congress and urge them to speak out against hate by condemning Bannon’s new position.

Maybe you’ve never called your member of Congress before. That’s okay: now is a great time to start.

Here’s how it works. Call the Capitol switchboard at (202) 224-3121. Tell them your senator’s or representative’s name, and they will connect you to their office. (Don’t know who represents you? Look it up here.)

When someone from the office answers, tell them that it is unconscionable for a man who has promoted white nationalism and other hateful ideologies to be serving as a top White House official.

[If there are any questions, reiterate your concerns.] Yes, please express to Rep. ______/ Sen. ________ that Bannon doesn’t represent our values, and that I am asking him/her to take a principled, public stand against this kind of hate.

After you call, you can share this graphic online to urge your friends to do the same: 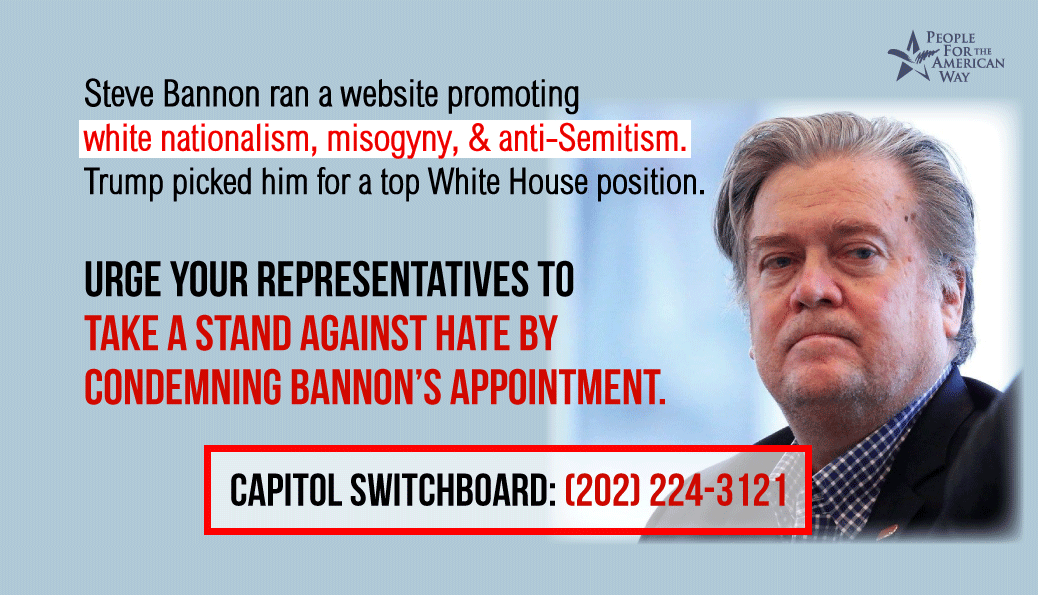