Changing the Rules for District Court Debates Is Unnecessary and Harmful 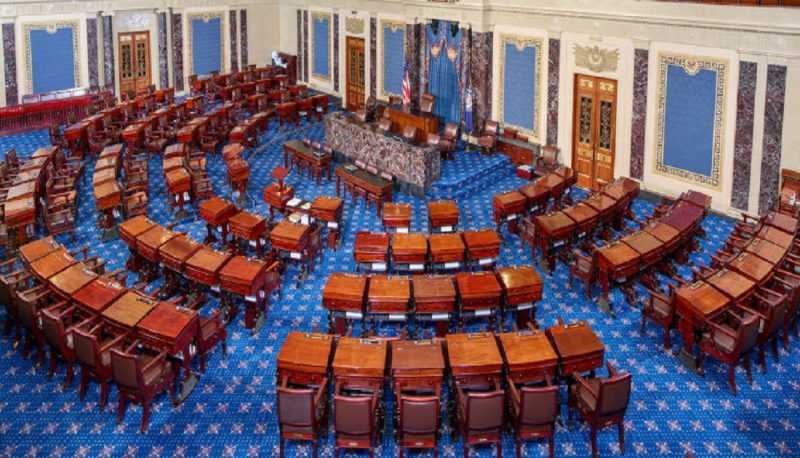 The Senate is poised to make an unnecessary and harmful change to the rules for debate on district court nominees. S.Res. 50, which would reduce the post-cloture time available from 30 hours to two, was approved by the Senate Committee on Rules & Administration on February 13 and now awaits a floor vote. People For the American Way’s opposition letter notes that S.Res. 50 is a solution in search of a problem, and that Trump nominees like defeated nominee Thomas Farr demonstrate that there is every reason to keep the post-cloture rule as it is. You can download our letter here.

On behalf of our hundreds of thousands of members throughout the United States, People For the American Way urges you to vote against S.Res. 50, “a resolution improving procedures for the consideration of nominations in the Senate.” This resolution, among other things, would reduce the post-cloture time available for the world’s greatest deliberative body to debate district court nominees from 30 hours to two. Eliminating 93% of this deliberative period is not necessary, and in fact would harm the Senate and the federal judiciary.

The resolution is a “solution” for a problem that does not exist. Under the current rule, Senate Republicans have had no trouble getting district court nominees confirmed at an efficient rate. In fact, President Trump’s district court nominees are moving at the same rate as President Obama’s: At this same point in their administrations, Obama had 54 as compared to Trump’s 53.i

One could hardly argue that under the current rule, the chamber’s current efficiency for district court nominees has come at the expense of circuit court nominees. Quite the opposite is true. During the same period, the Senate has confirmed more than twice as many of Trump’s circuit nominees as Obama’s at this point (17 for Obama, 34 for Trump with votes anticipated for two more by the end of the week).ii

Also mitigating against change is the single-party control of Congress and the White House during Trump’s first two years. The Senate’s confirmation efficiency occurred while the chamber was also working on legislation addressing the entirety of GOP interests, enjoying the benefits of unified control for the first time in more than a decade. But with the House now controlled by Democrats and bicameral agreement limited, Senate Republicans now have far more time available to devote to judicial nominations than before.

There simply is no need to eliminate all but two hours of post-cloture debate.

In fact, the 115th Congress showed that post-cloture debate plays a vital role in the Senate’s deliberations, especially at a time when so many nominees are reaching the floor without sufficient vetting. For instance, it was after Thomas Farr’s cloture vote that senators had the time to give his nomination the focus that it was due. GOP senators planning to vote aye discovered exactly the type of person they were on the verge of giving a lifetime judicial position to, a vote they would have deeply regretted after it was too late. And Farr was just one of many of President Trump’s judicial nominees who reached the floor before important and relevant information became known.

There is no valid reason to change the post-cloture rule, and every reason to keep it as it is. We urge you to vote against S.Res. 50.