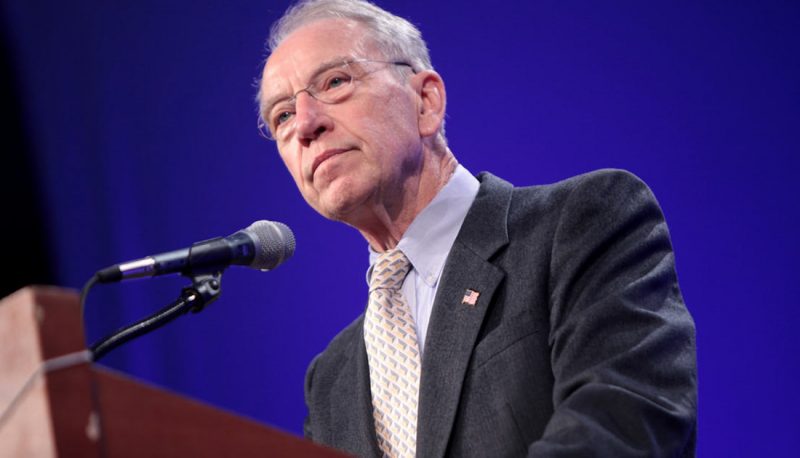 On November 15, 2017, Judiciary Committee Chairman Chuck Grassley wrote the following about the blue slip policy, to justify his ditching any meaningful version of it:

Consultation with the White House is something we senators should value and encourage. But we should not allow home-state senators to abuse this courtesy by attempting to block committee proceedings for political or ideological reasons.

Using the scientific method, we can determine whether Grassley is speaking correctly and honestly, or whether he’s full of … partisanship.

Let’s revisit 2015-2016, when Grassley was chair of the committee and honored the blue slip policy of letting one home state senator prevent a hearing. But the president was a Democrat then, and his nominees were being blocked by Grassley’s fellow Republicans.  Did he say then what he says now?  Let’s see.

Eleventh Circuit: When Jeff Sessions and Richard Shelby didn’t return their blue slips for U.S. District Court Judge Abdul Kallon, Grassley’s anger was plain in every word he used to condemn them:

And when Shelby admitted that he and Sen. Sessions were deliberately seeking to prevent judicial vacancies in Alabama from being filled while President Obama is in office, Grassley really went ballistic:

[Actually, he remained quite calm and didn’t complain at all. After all, Grassley himself was blocking Obama from filling the Supreme Court vacancy.]

What about district courts?

So … this little scientific experiment strongly suggests that Chuck Grassley operates by situational morality. Good and bad are defined as whether it is good or bad for him and his fellow Republicans.

And we can confirm this hypothesis by looking at what Grassley did say about the blue slip policy for Obama nominees. In April of 2015, he wrote the following in the Des Moines Register:

For nearly a century, the chairman of the Senate Judiciary Committee has brought nominees up for committee consideration only after both home-state senators have signed and returned what’s known as a “blue slip.” This tradition is designed to encourage outstanding nominees and consensus between the White House and home-state senators. Over the years, Judiciary Committee chairs of both parties have upheld a blue-slip process, including Sen. Patrick Leahy of Vermont, my immediate predecessor in chairing the committee, who steadfastly honored the tradition even as some in his own party called for its demise. I appreciate the value of the blue-slip process and also intend to honor it.

Unilaterally changing the rules based solely on who it benefits is the antithesis of the rule of law.  Yet this is the policy of the chairman of the Judiciary Committee.

Life is filled with little ironies. But this isn’t one of them. It’s a dangerous and frightening irony.