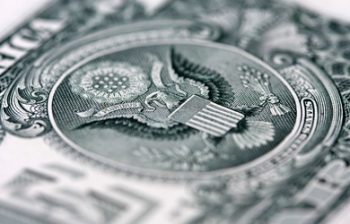 This Saturday marked the 7th anniversary of the disastrous Citizens United decision, a Supreme Court ruling that lifted limits on the ability of corporations and other outside interests to spend money in elections.

A new report from the Center for Responsive Politics highlights the effects of this ruling on the 2016 election. The findings reinforce calls for reform to rein in the out-of-control spending of money in our political system.

Overall, the spending of outside groups—which includes super PACs, 501(c)(4) dark money groups which don’t have to disclose their donors, and other entities—is estimated to have exceeded $1.7 billion this election cycle, up from $562 million in 2014 and $1 billion in 2012.

Outside the beltway, there is bipartisan support for campaign finance solutions. Polling conducted by Issue One in the lead up to the 2016 election showed that 72 percent of Americans support proposed reforms to address the influence of money in politics. In addition, eighty-one percent of Democratic and 79 percent of Republican survey respondents said that they support their members of Congress working across the aisle to reduce the influence of money in politics.

As reform bills—including a proposed constitutional amendment to overturn Citizens United—get reintroduced in the 115th Congress, it will be more important than ever for constituents to call their senators and representatives to voice their support.