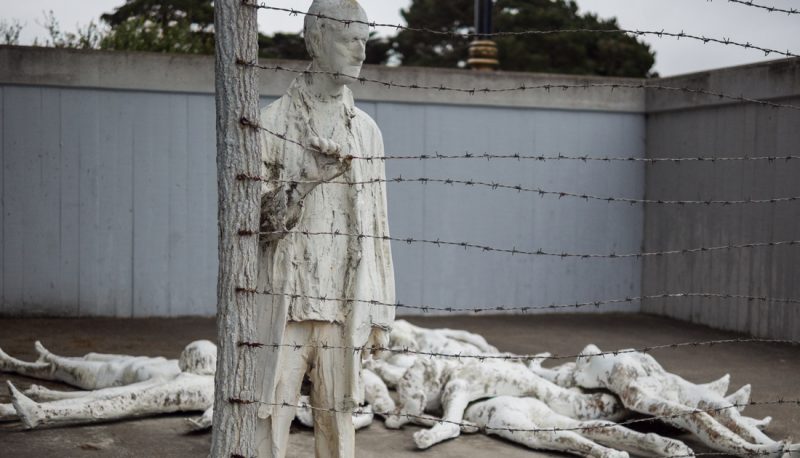 In June 2019, Trump judge Gregory Katsas of the District of Columbia Circuit issued a solo dissent from the full court’s decision not to reconsider a ruling that upheld Holocaust survivors’ ability to sue a German agency to recover property seized by the Nazis. Not a single one of the nine other judges who participated in the case, whether appointed by a Republican or a Democrat, supported Katsas’ arguments.

In several recent decisions, the D.C. Circuit has ruled that under an exception to the Foreign Sovereign Immunities Act (FSIA), federal courts have jurisdiction to consider the claims of survivors of the Holocaust or their heirs against foreign governments and agencies for property damage suffered as part of genocide. As the unanimous three-judge panel explained in Philipp v. Federal Republic of Germany, the claims are based on violation of common-law principles like unjust enrichment and conversion, which are usually brought in state courts, but federal courts have jurisdiction under an FSIA exception for “expropriation” of property “in violation of international law.” Because genocide by a country even “against its own nationals” is a “violation of international law,” the court explained, seizure of property as part of a campaign of genocide is subject to the FSIA exception. In Philipp, the district court agreed that according to the complaint, the “taking” of valuable religious art “bears a sufficient connection to genocide” that therefore the FSIA exception applied and denied a motion to dismiss by Germany. The three-judge panel agreed on appeal, but Germany tried to get the entire D.C. Circuit to reconsider the case.

In Philipp v. Federal Republic of Germany, ten of the 11 active D.C. Circuit judges considered the request. (The court’s newest judge, Neomi Rao, did not participate.) Not a single one was recorded as voting for reconsideration except for Judge Katsas, who filed an 18-page dissent form the denial of rehearing.

Katsas argued that the full court should reconsider all its prior decisions that have allowed Holocaust survivors or their heirs to pursue property claims against foreign governments and agencies. He claimed that the FSIA exception should be interpreted narrowly to apply only to the taking of property “in violation of international takings law.” In addition, he asserted that plaintiffs should be required to “exhaust” remedies that may be available in foreign countries or that otherwise their claims should be dismissed as a matter of “international comity,” as the Trump Justice Department had argued.

In the original panel decision, Judge David Tatel’s opinion, joined in full by Judge Robert Wilkins and Bush-appointed Judge Thomas Griffith, explained what was wrong with those arguments. The FSIA exception is not limited to property seized in violation of “international takings law,” the panel explained, but by its terms applies to all property taken “in violation of international law,” which includes property taken in connection with genocide, as the courts have ruled. As to exhaustion, the panel explained, “nothing in the text of the FSIA’s appropriations exception requires exhaustion,” unlike the law’s terrorism exception, and Congress’ “comprehensive” FSIA structure “leaves no room for a common law exhaustion doctrine.” The panel specifically rejected the Justice Department’s “comity” argument, noting that it was “flatly inconsistent” with a Supreme Court ruling on FSIA and that the United States had previously “made clear” that it “favors” litigation in U.S. courts of “Nazi-era art-looting claims.”

As Katsas himself pointed out in his dissent, the court’s interpretation of FSIA goes far beyond claims concerning Nazi-era atrocities. Katsas specifically noted that under Philipp and similar decisions, federal courts could be called upon to rule in cases concerning seizure of property in violation of other “norms of international human rights law,” such as slavery, torture, or other “gross violations of internationally recognized human rights.” Far from supporting his dissent, as Katsas no doubt intended, this claim shows how dangerous and harmful Katsas’ view would be.