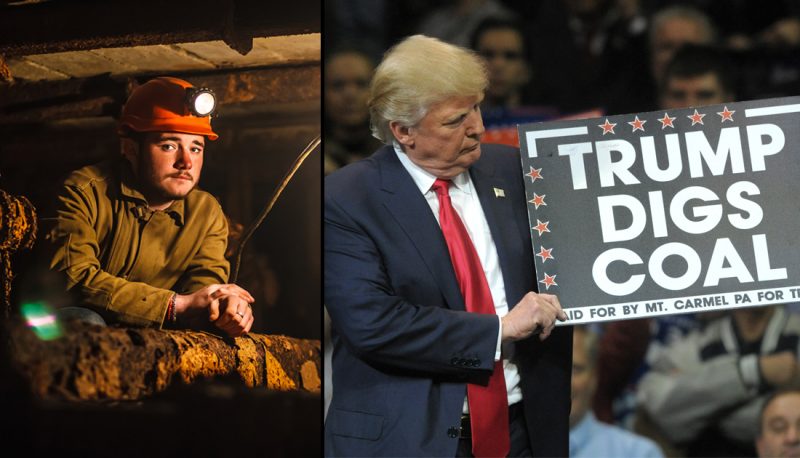 In June 2019, Trump judge Gregory Katsas of the D.C. Circuit partly dissented from a 2-1 ruling concluding that under Trump, the Mine Safety and Health Administration (MSHA) improperly tried to weaken a rule protecting miners’ health and safety. Katsas dissented from the part of the ruling (written by Republican nominee Karen LeCraft Henderson) that overturned a Trump administration attempt to weaken requirements to keep records of past safety concerns and adverse mining conditions, even though MSHA itself had concluded that such recordkeeping would be important.

United Steel, Paper and Forestry, Rubber Manufacturing, Energy, Allied Industrial and Service Workers v. MSHA concerned a MSHA rule designed in 2016-17 to strengthen requirements concerning inspection of mines and recording of safety problems. The rule was issued in final form in early 2017, and the Trump administration delayed and then weakened it in 2018. Unions representing mine workers filed a petition for review in the D.C. Circuit, which was heard by Judges Henderson, Rogers, and Katsas.

Under a specific provision of federal law, no new MSHA rule can “reduce the protection afforded miners by an existing mandatory health or safety standard.” 30 U.S.C. 811(a)(9). Under this “no-less-protection” mandate, all three judges agreed that it was invalid for the administration to attempt to weaken the rule by allowing workplace inspections to occur as laborers begin work, as opposed to completing inspections beforehand. As one official pointed out, “a careful person does not check the sturdiness of his ladder after climbing half the rungs,” but that would have been the effect of the weakened rule.

Katsas dissented, however, from the majority’s decision to invalidate the part of the new rule that would have allowed mine operators to “exclude from their records” all reports of “adverse conditions that are promptly corrected,” contrary to the prior rule that required the keeping of records on all discovered conditions “that may adversely affect safety or health.” According to Katsas, the majority did not accord enough “deference” to the agency’s conclusion that the new rule would provide at least as much safety because it “encourages prompt correction” of safety hazards.

The majority strongly disagreed. MSHA’s explanation was “conclusory” and “unsupported,” Judge Henderson wrote, and “does not withstand scrutiny.” MSHA’s assertion that the new rule would encourage prompt correction was “at best, specious” according to the majority, since the 2017 rule “already required” such prompt correction, and MSHA had concluded in 2017 that recording even corrected safety hazards would help “inform mine management regarding areas or subjects that may benefit from increased safety emphasis.” And there was “no basis,” the majority explained, for Katsas’ claim that MSHA was concerned about “inundating miners with information,” since MSHA in fact said no such thing. Overall, the majority concluded, “conclusory statements” like MSHA’s “will not do,” and the 2018 rule was vacated as arbitrary and capricious.