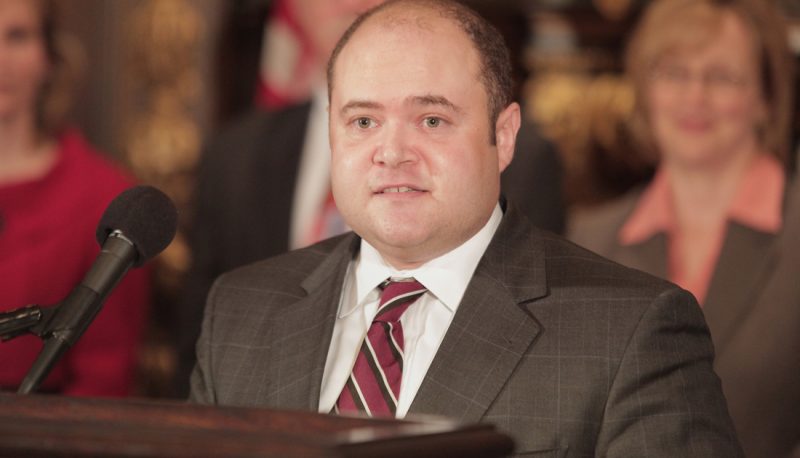 Trump Eighth Circuit Judge David Stras dissented from an opinion by two other Republican-appointed judges in late November and argued that Missouri’s lobbyist registration and disclosure law violated the First Amendment as applied to an unpaid conservative lobbyist. The majority strongly disagreed with Stras’ attempt to expand the reach of decisions like Citizens United and explained that the state’s interest in transparency and public disclosure of who is trying to influence legislation clearly warranted the minimal burdens imposed by the law.

Ronald Calzone is the president, director, and unpaid lobbyist for Missouri First, a conservative nonprofit organization that regularly lobbies members of the state legislature. He filed a First Amendment challenge to the Missouri lobbying registration and disclosure law. The law simply requires filling out a form and paying a $10 fee once each year, as well as filing additional reports concerning lobbying-related expenditures. The district court rejected his claim that the law was unconstitutional as applied to him as an unpaid lobbyist, and he appealed.

In Calzone v. Summers, Judges Steven Colloton and Bobby Shepherd, both appointed by President George W. Bush, affirmed the lower court decision, but Judge Stras dissented. The majority explained that it was improper to consider Calzone’s additional argument that he makes no lobbying-related expenditures, as Judge Stras did in dissent, because that argument had not been raised below or even in the court of appeals until oral argument, noting that Stras’ view to the contrary was “unfair” to the lower court and to the state. All three judges agreed that Citizens United required “exacting scrutiny” of the law as applied to Calzone, but Stras claimed that the state’s interest in “transparency” was not enough.

The majority strongly disagreed, explaining that based on precedent, there was a strong interest in disclosure of who is “pressuring and attempting to influence legislators.” They also noted that even unpaid lobbyists could offer “things of value” to legislators, raising the state interest in “avoiding the fact or appearance of public corruption.” The burden of complying with the law was “minimal,” they stated, particularly if Calzone did not make lobbying-related expenditures as he claimed in the court of appeals.

Overall, the majority concluded, the state system was “precisely that which we have previously held would satisfy” the requirement that such a disclosure law have a “substantial relationship” to the state’s interests. Stras’ dissent, on the other hand, would have further extended efforts in Citizens United and similar cases to misuse the First Amendment to undermine important public disclosure laws.