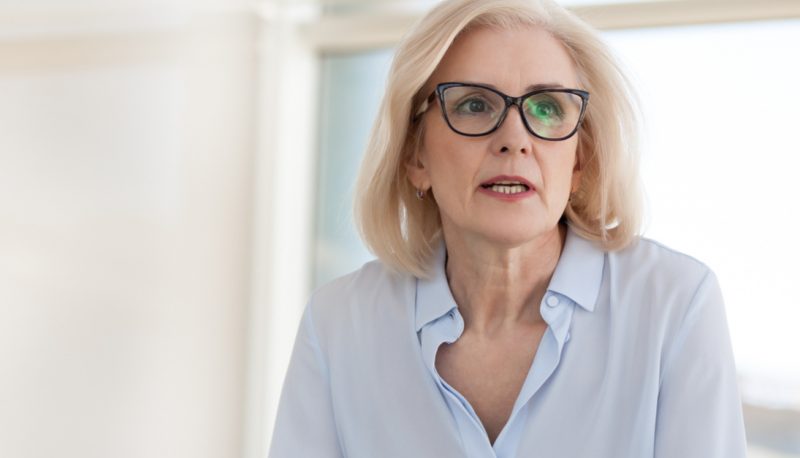 All four Trump judges appointed to the Seventh Circuit – Judges Barrett, Brennan, Scudder, and St. Eve – voted in favor of an 8-4 decision written by Scudder that ruled that job applicants cannot claim that an employer’s hiring practices have a discriminatory impact on older workers. The case was considered by all 12 judges on the Seventh Circuit, and reversed a three-judge court decision in favor of the job applicant. Four judges dissented, including noted conservative Judge Frank Easterbrook and one other Republican appointee. All eight judges in the majority were appointed by Republican presidents.

In Kleber v. CareFusion Corp., Dale Kleber had applied for a senior position in CareFusion’s legal department. The job description stated that the company wanted someone with “no more than 7 years” of experience. Kleber, who was 58 at the time he applied, had more than seven years of experience, and his application was rejected in favor of a 29-year old who “met but did not exceed” the experience requirement. Kleber sued, contending that the maximum experience mandate had a discriminatory or disparate impact on older applicants. The district court dismissed his claim, but a three-judge panel ruled he should have the opportunity to prove his case.

The full Seventh Circuit considered the case en banc in January 2019, and the majority ruled that the Age Discrimination in Employment Act (ADEA) does not authorize applicants to contend that job requirements have a discriminatory or disparate impact based on age. Under “disparate impact” analysis as applied in race or sex discrimination cases under Title VII of the 1964 Civil Rights Act, if an applicant demonstrates that a job requirement has a disproportionate impact in excluding applicants based on race or sex, the applicant prevails unless the employer can demonstrate a business necessity for that requirement. But Scudder’s opinion asserted that the ADEA language does not allow such claims, and is limited to cases concerning intentional age discrimination. In other words, they held that age discrimination of the type alleged in this case is legal under the ADEA.

The four dissenting judges strongly disagreed. As both Judge Easterbrook and Judge Hamilton wrote in their dissenting opinions, the relevant language in Title VII is “identical.” Judge Easterbrook accordingly explained that while it could be argued that there is some ambiguity in the statute, the court should be bound by the clear decision of the Supreme Court in the landmark Griggs v. Duke Power Co. case that this statutory language supports disparate impact liability. Judge Hamilton also pointed out that the dissent’s view was clearly supported by the purpose of the law and “avoids drawing an utterly arbitrary line” between current employees and job applicants.

As Judge Hamilton explained, the majority opinion was effectively “closing its eyes to fifty years of history, context, and application.” But as a result of the votes by the Trump appointments, job applicants like Dale Kleber will not be able to bring discriminatory impact claims concerning age bias.