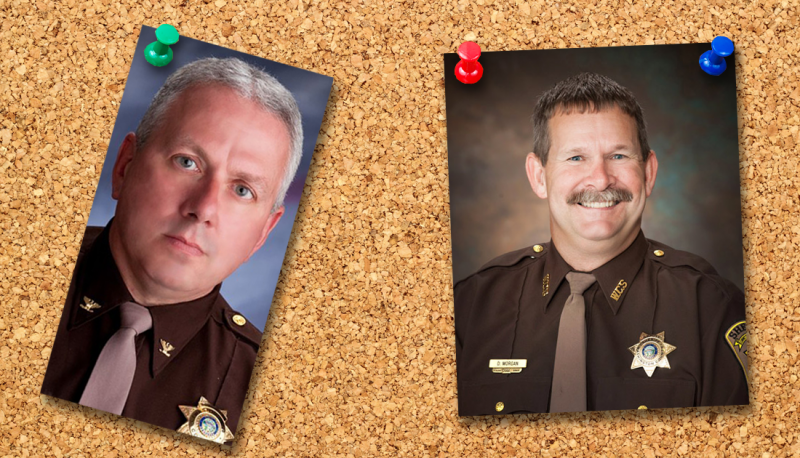 Trump 8th Circuit judges David Stras and Steven Grasz joined an opinion of the full court in March 2019 that reversed rulings by a three-judge panel and the lower court and threw out without trial a claim that a sheriff had improperly fired a deputy to retaliate against him for statements made by the deputy during a political campaign against the sheriff. This was despite a strong dissent by a Bush-appointed judge, which was joined by Trump judge Ralph Erickson, that the deputy should have had the opportunity to prove his case.

Donald Morgan, a deputy in Washington County, Nebraska, ran against incumbent Michael Robinson for sheriff in 2014. Six days after Robinson won, he fired Morgan based on statements made during the campaign. Morgan sued Robinson for retaliatory discharge in violation of the First Amendment, and Robinson claimed the case should be dismissed on summary judgment without trial because he was entitled to qualified immunity for his official conduct. The district court disagreed, and ruled that Morgan should have the opportunity to prove his case and dispute the claim of qualified immunity; a three-judge panel of the 8th Circuit agreed.

But in Morgan v. Robinson, the 8th circuit reheard the case en banc and decided to reverse the two prior decisions and order dismissal of the case based on qualified immunity. Both Trump judges Stras and Grasz joined the majority opinion by 8 judges. The majority argued that the sheriff could “logically and reasonably believe” that the decision to fire Morgan was within the discretion accorded to him as a public official to make a “reasonable, even if mistaken judgment” that the firing was important to preserving department morale and the public’s trust in the office.

Judge Bobby Shepherd, who was appointed to the 8th Circuit by President George W. Bush, strongly dissented, along with Judge Erickson and another judge. As the dissent explained, the majority’s ruling rested on the “impermissible factual finding” that Robinson fired Morgan because of the damaging and disruptive consequences of his campaign speech. But on summary judgment, the dissent explained, it is a well-accepted principle that an appeals court should not make factual findings and should view the facts “in the light most favorable” to the party opposing summary judgment i.e. Morgan. Under that standard, the dissent went on, the appeals court should accept the view that Robinson’s firing of Morgan was based on “his personal objections” to the campaign statements without a “reasonable belief” that the statements would have a disruptive effect on the department. Accordingly, the dissent concluded, Morgan should have a chance to prove his claims at trial.

The dissent harshly criticized the majority for “[f]ailing to remain faithful” to the limits of appellate review of summary judgment decisions and for “improperly weighing the evidence and finding critical facts” in favor of Robinson. The dissent also noted the “practical consequences” of the majority’s ruling: in small counties like Washington, where challengers to incumbents like Sheriff Robinson “often come” from within a department itself, the majority’s ruling would create a significant “risk” to in-office challengers like Morgan. And the majority decision clearly contradicted the Supreme Court’s repeated expression about the “importance of protecting First Amendment activity, especially in the context of elections.”