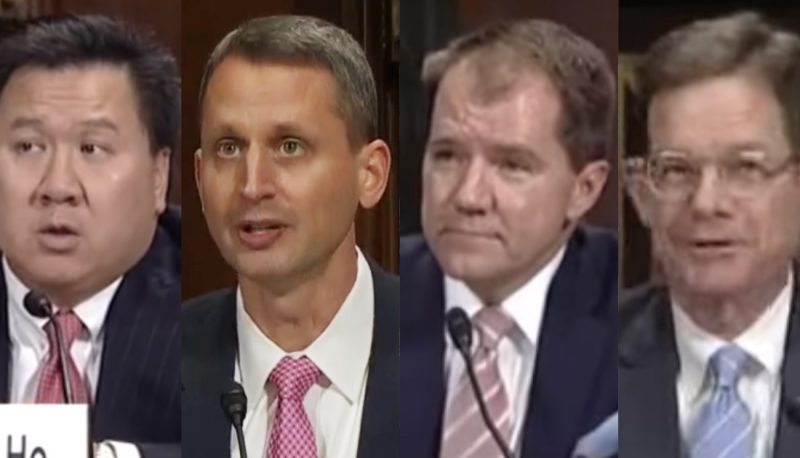 The Fifth Circuit was already very conservative when Donald Trump took office. He has now filled nearly 30 percent of the court’s active judgeships, making it even more extreme. One demonstration of that occurred in July 2018 in a Second Amendment case called Mance v. Sessions.

If you can easily bypass a state’s gun safety laws just by buying a gun somewhere else, the state’s gun safety measures are severely undercut. Congress chose to protect states’ ability to establish and enforce their own laws to reduce gun violence by, among other things, requiring that firearms dealers sell guns only to state residents. In this case, a panel of the Fifth Circuit upheld the law’s constitutionality. Without having to decide these questions, it assumed for the purposes of the case that residency restrictions are not the type of “longstanding regulatory measures” that are presumptively constitutional, and that they should be subject to the strictest level of scrutiny. The panel concluded that even under those assumptions, the law was constitutional under the Supreme Court’s 2008 Heller precedent.

A majority of the Fifth Circuit declined to reconsider the case en banc. Judge Stephen Higginson pointed out in his concurrence that “the panel opinion gave petitioners the benefit of the doubt at every step of [its] analysis.” Several conservative judges dissented, including each of the Trump judges on the court. James Ho and Don Willett each wrote a dissent (which was joined by the other Trump judges, Kyle Duncan and Kurt Engelhardt) complaining that the Second Amendment is not given respect and that the decision should be reconsidered. Willett wrote:

The Second Amendment is neither second class, nor second rate, nor second tier. The “right of the people to keep and bear Arms” has no need of penumbras or emanations. It’s right there, 27 words enshrined for 227 years.

In this context, “penumbras and emanations” is a contemptuous dismissal of the idea that the Constitution protects a person’s right to privacy. Conservatives claim to oppose that idea because the word “privacy” is not mentioned in the Constitution, nor are specific examples like “the right to marry” or “the right to contraception” or “the right to abortion.” The conservative movement has as a major goal the overruling of Supreme Court precedent recognizing these constitutional rights, and Trump’s judges have long been part of that movement.

Willett quotes the text of the Second Amendment to contrast the apparent legitimacy of the right to bear arms for self-defense with the purportedly illegitimate right to privacy. But his use of the text doesn’t show that at all:

A well regulated Militia, being necessary to the security of a free State, the right of the people to keep and bear Arms, shall not be infringed.

Where in the Second Amendment does it say anything about “the inherent right of self-defense” or a right to “use arms in defense of hearth and home?” It doesn’t. It mentions militias. It is one of the few constitutional provisions that explicitly states its purpose.

Gun violence kills innocent people every day, and firearms are used to intimidate law-abiding people throughout the country. That isn’t what the Second Amendment is about.