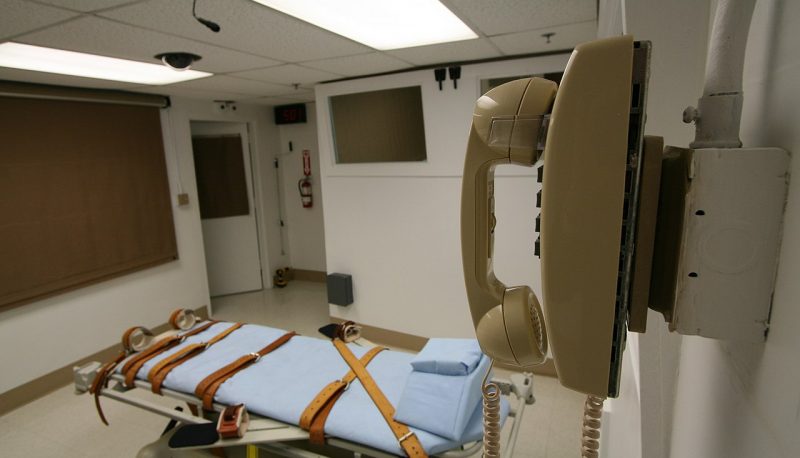 Trump Supreme Court Justices Brett Kavanaugh and Neil Gorsuch voted with the majority in a 5-4 Court order in February 2019 that reversed a ruling by the Eleventh Circuit Court of Appeals that had temporarily stayed an execution because of a “powerful” claim that prison officials had violated the prisoner’s religious liberty. The Court’s four moderate justices strongly dissented.

When Alabama puts someone to death, its practice is to have a state-employed chaplain, who is Christian, present in the room. Domeneque Ray asked that an Imam be present instead, but the state refused. His lawyers pointed out that “[b]ecause he is a Muslim, he is being denied this crucial spiritual assistance in his final moments.” A three-judge panel of the Eleventh Circuit unanimously agreed to stay the execution temporarily so the issue could be reviewed on the merits, suggesting that the state was apparently discriminating against one particular religious denomination. In fact, Alabama is “the only state” that allows “only a Christian chaplain” to be present at an execution.

The state took the case to the Supreme Court. In an unsigned 5-4 order in which Kavanaugh and Gorsuch joined, the Court vacated the stay and let the execution go forward immediately without any further consideration of the religious liberty violations. As Justice Elena Kagan concluded in a dissent joined by the other three moderate justices:

This Court is ordinarily reluctant to interfere with the substantial discretion Courts of Appeals have to issue stays when needed… Here, Ray has put forward a powerful claim that his religious rights will be violated at the moment the State puts him to death. The Eleventh Circuit wanted to hear that claim in full. Instead, this Court short-circuits that ordinary process—and itself rejects the claim with little briefing and no argument—just so the State can meet its preferred execution date.