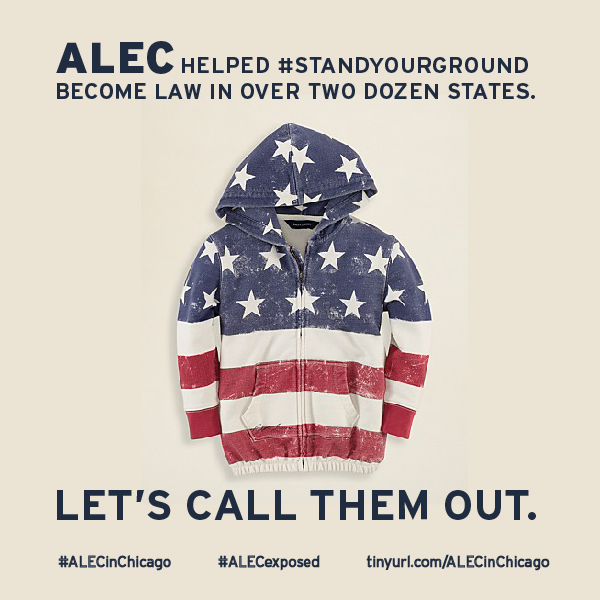 As the American Legislative Exchange Council (ALEC) meets in a swanky Chicago hotel for its 40th annual summit this week, Sen. Richard Durbin (D-IL) has raised some important questions for the corporations that may be funding the group.

Roll Call reports that Sen. Durbin, who chairs the Senate Judiciary Committee’s civil rights subcommittee, has reached out to more than 300 corporations that are possible ALEC funders to ask for their positions on “Stand Your Ground” laws.  Durbin announced last month that he will hold a hearing on these laws in the fall.

Because ALEC operates behind closed doors, it can be a challenge to expose the corporations, corporate trade associations, and corporate foundations backing its damaging work.  Durbin’s letter notes:

Although ALEC does not maintain a public list of corporate members or donors, other public documents indicate that your company funded ALEC at some point during the period between ALEC’s adoption of model “stand your ground” legislation in 2005 and the present day.

Despite the potential roadblocks, Durbin’s letter shines a spotlight on the clear link between ALEC, an organization that connects corporate lobbyists with state legislators, and the “Stand Your Ground” laws it helped to get on the books in over two dozen states.   And this is a critical connection to highlight, because as PFAW President Michael Keegan wrote last month, these are laws which “help create a climate like the one that encouraged George Zimmerman to use lethal force against an unarmed teenager.”