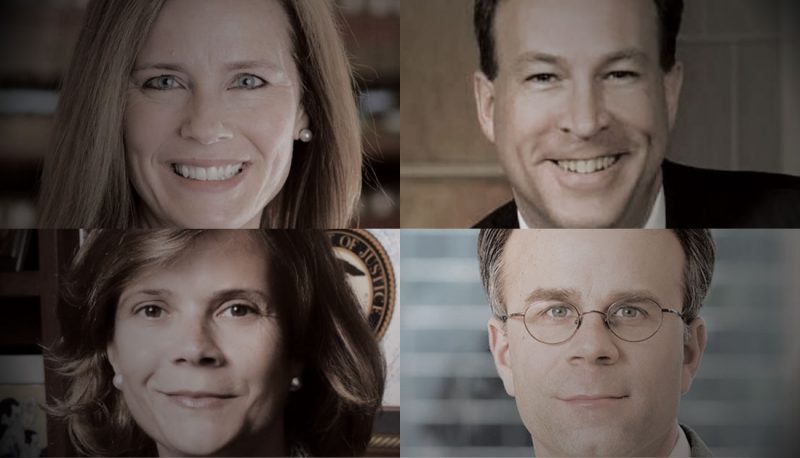 Trump 7th Circuit judges Amy Coney Barrett, Michael Brennan, Michael Scudder, and Amy St. Eve joined the 7th Circuit majority in refusing to reconsider a three-judge decision, in which Brennan participated, which overruled a prior decision and held that the Federal Trade Commission (FTC) cannot seek restitution for victims of consumer fraud that is central to the agency’s mission. In this case, the court vacated a $5 million judgment for consumers against a credit monitoring company. Three dissenters, including one Republican appointee, noted that eight other circuits have reached the opposite result and that nothing in Supreme Court precedent “comes close” to justifying the decision. The case is FTC v. Credit Bureau Center.

The FTC sued Credit Bureau Center (CBC) because of a fraudulent scheme in which CBC offered consumers “free” credit reports via online websites, but then automatically enrolled customers, without notice, in a credit monitoring service for $29.94 per month – almost $360 per year. A federal judge entered an order permanently stopping the practice, and also required CBC to pay $5 million in restitution to the FTC to be provided to victims, similar to orders in other FTC fraud cases.

Three 7th Circuit judges, including President George H.W. Bush appointee Ilana Rovner, strongly dissented in an opinion by Chief Judge Diane Wood. The 1996 Supreme Court decision relied on by the panel, Chief Judge Wood explained, concerned whether a private plaintiff could seek restitution, not whether a government agency like the FTC charged with protecting consumers could do so. A “straightforward reading” of the FTC Act, the dissent went on, states that the FTC can seek any type of injunctive relief, and there was no basis for excluding an injunction that orders restitution. The dissent criticized the panel’s attempt to “trivialize the fact” that eight other circuit courts have held that such restitution orders to refund a corporation’s “ill-gotten gains” are valid in FTC cases. “[N]o court has ever tied the hands of a government agency the way the majority has done here,” the dissent stated, and the court was making a serious mistake in overruling its own precedent without review by the full court. And “nothing” in the Supreme Court cases cited by the panel “comes close to holding that a government agency acting pursuant to express authority to seek injunctive relief cannot ask for a mandatory injunction requiring” restitution.

Fortunately, most federal appeals courts still permit the FTC to seek restitution for consumers in cases of fraud, at least for now. But for consumers in the Midwestern states of Illinois, Indiana, and Wisconsin who live in the 7th Circuit, this essential remedy for corporate fraud is no longer an option, due in large part to the Trump judges’ votes.

Trump Judge Casts Deciding Vote to Excuse Improper Police Interrogation of a Person Without Miranda Warnings After They Punched and Handcuffed Him: Confirmed Judges, Confirmed Fears