The Brookings Institution today released a new extensive poll on American attitudes toward racial and religious diversity in the ten years since 9/11. There are a whole lot of interesting themes in the study, but one thing that stood out was the amazing success of Fox News’ concerted misinformation campaigns on race and religion. 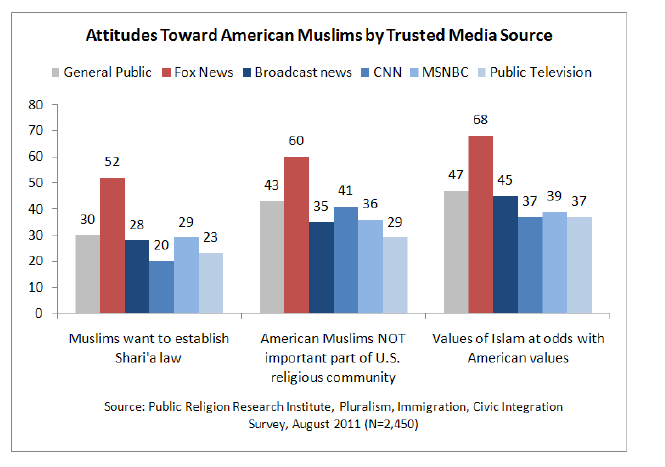 Some of this can probably be contributed to self-selection – those who think that Muslims want to establish Sharia law and that white people face greater discrimination than minorities are more likely to want to watch news that affirms their views. But what Fox News does so well is to present its audience with a closed world of right-wing “facts” – on Muslims, on race, on economics – and repeat those “facts” over and over until they seem to be unquestionable truths. It’s no wonder, then, that Fox News viewers were the most likely to report being Islam experts, while having wildly off-base views on American Muslims.

For more on how Fox News and other right-wing media outlets have succeeded in making up and popularizing their own “facts” on American Muslims, check out PFAW’s report The Right Wing Playbook on Anti-Muslim Extremism.