This op-ed was distributed by the Trice Edney Newswire.

Vice President-elect Kamala Harris made a brilliant choice in opening her remarks at the Democratic presidential ticket’s victory celebration with a quote from civil rights icon and former Georgia congressman John Lewis, who wrote before he died, “Democracy is not a state. It is an act.”

Lewis, who was nearly killed by racist police on the Edmund Pettis Bridge in Selma, Alabama, knew better than most of us that taking action to defend democracy can be dangerous. But he also knew, as Harris reminded us, that there is joy in the struggle.

Brothers and sisters, defeating Donald Trump was an occasion for great joy. I loved seeing people post videos of a dancing John Lewis to celebrate. But we have more actions to take, more bridges to cross, more elections to win—right now, and right in John Lewis’s home state of Georgia.

Georgia was in the rare position of having two U.S. senate races on the ballot in the same year. Both races had more than two candidates, and both races have now gone to runoff elections, according to Georgia law, because no candidate got over 50 percent of the vote.

That means that on January 5—actually for early voters starting December 14—Georgia voters have the power to decide whether the U.S. Senate will have a majority willing to work with the Biden-Harris administration on behalf of the American people, or whether we’ll be stuck with a Republican majority led by Senate Majority Leader Mitch McConnell, who brags about turning the Senate into a graveyard for legislation coming from the House of Representatives.

On the Democratic side, we have two Senate candidates we can be excited about.

Rev. Warnock has embraced the responsibilities that come with that historical legacy. He led a sit-in at the Georgia capitol to try to convince lawmakers to expand Medicaid under Obamacare, which would have brought health care coverage to hundreds of thousands of low-income people in the state. From 2017 to January 2020, Rev. Warnock chaired Stacey Abrams’ New Georgia Project, which has registered hundreds of thousands of new voters.

It would be remarkable, in the year that we lost John Lewis, to send Rev. Warnock to Washington.

In the other Senate race, Atlanta native Jon Ossoff is challenging incumbent David Perdue. He has been a journalist and director of a company producing documentaries on corruption and war crimes around the world.

While he was in high school, Ossoff interned in John Lewis’s congressional office. Lewis and Abrams endorsed Ossoff in his first run for Congress in 2017, when he took on a battle for a seat that was considered solidly Republican—and made it a close race.

The far right and the parts of the Trump operation that are not still trying to deny and overturn Trump’s rejection by voters are all focusing on winning the Georgia elections so they can prevent the kind of change Americans just voted for.

People For the American Way, the group I lead, is one of many organizations working to reaffirm the importance of Black voters staying engaged in every election—and turning out to support Rev. Warnock and Jon Ossoff. So there are a lot of different ways you can get involved in this fight.

Georgia’s Black voters have already made history once this year. Let’s help them do it again. And again. 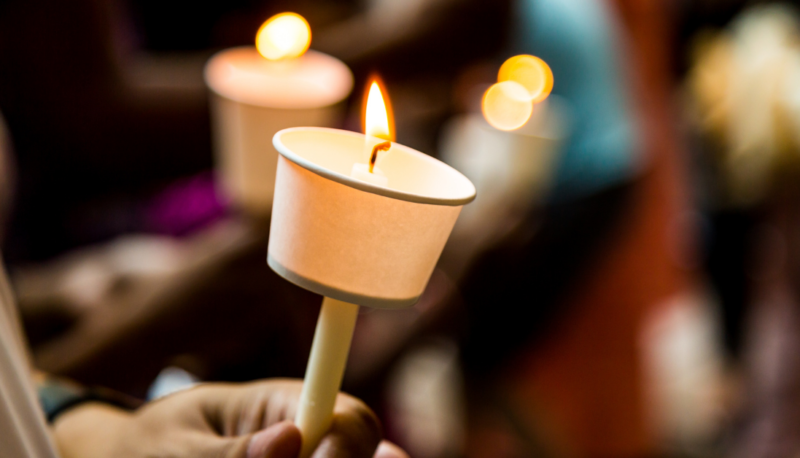 Racism And Its Deadly Cousins