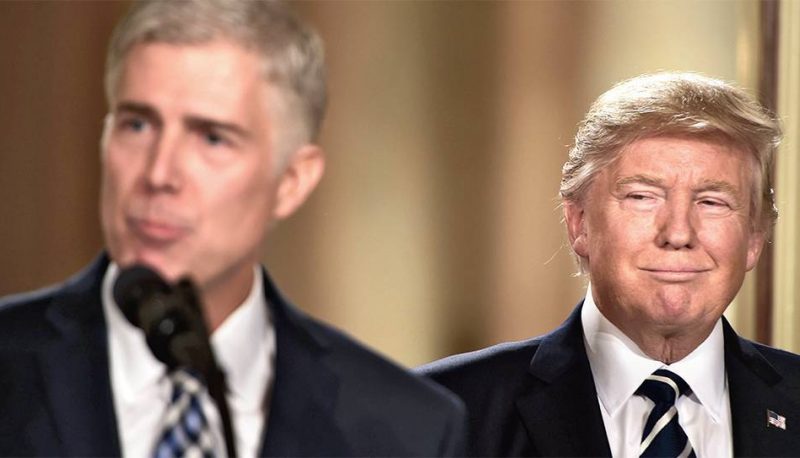 In the first day of hearings on Judge Neil Gorsuch yesterday, Republicans trotted out a response to the persistent criticism that Gorsuch has routinely favored the interests of corporations and the powerful over the rights of individual Americans: sometimes the law is on corporations’ side, they say, and it’s not fair to choose a few sad stories to stand in for an entire career. The cases that have alarmed so many Americans are of concern not because they are outliers, but because they are part of a larger pattern woven throughout the fabric of his legal career.

Just because Gorsuch doesn’t rule in favor of corporations every single time, doesn’t mean that he hasn’t shown a clear and persistent pattern of twisting the law and facts of a case to serve his own ends.  The scales of justice are supposed to be evenly weighed, without exception.  When a judge has a tendency to tip that balance in one direction, it disrupts justice for the litigants in that case for all affected by any precedent that might be set, and—like a disturbance in the Force—affects the integrity of the entire U.S. system of fair and independent courts.

So it’s concerning that Judge Gorsuch has a tendency to:

Indeed, as PFAW’s analysis of Judge Gorsuch’s dissents reveals, out of 11 dissents where he took a side with regard to corporations, consumers, and workers, all but one was pro-corporate or anti-consumer/worker.  The one dissent where he would have ruled against a  corporation involved an adult bookstore.

How else to explain the millions upon millions of dollars being spent by large corporate interests to push for confirmation?  As described in detail in a report from the Constitutional Accountability Center, Big Business is clearly confident that their investment in Judge Gorsuch will pay them back handsomely in the future.

The Chamber of Commerce calls this a “fantastic nomination.”  This is the same Chamber of Commerce that argued in an amicus brief in North American Stainless v. Thompson that employers should be legally able to retaliate against an employee filing a discrimination complaint by firing her fiancé.

These are not people who have your best interests at heart.  So if they are so confident in their Gorsuch investment, we should all be concerned.